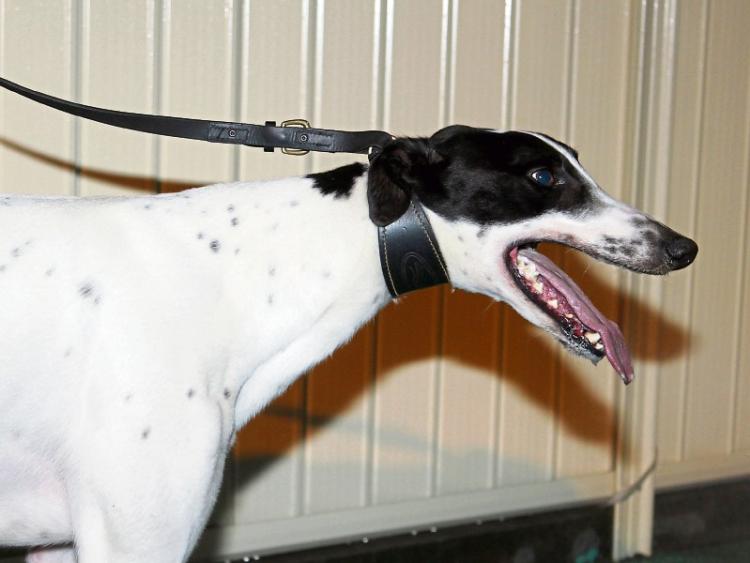 GANG boss Christy Keane is one of a group of men being questioned by gardai following the theft of a Limerick syndicate-owned greyhound, with a stud value of  €1m.

As first reported by the Limerick Leader, Clares Rocket, which is owned by the Full House Syndicate, was taken from the yard of Irish Derby winning trainer Graham Holland in Golden in the early hours of Monday morning.

The dog, which has an estimated stud value of around €1m, was located “safe and well” during a garda operation on Tuesday evening.

A garda spokesman confirmed that four men were arrested during the operation.

According to sources, convicted drug dealer Christy Keane who survived an assassination attempt last year, is among those being questioned by gardai.

Armed gardaí attached to the Regional Support Unit in Limerick found the dog when they stopped and searched a car in Co Tipperary.

Two men in the car are well-known members of a Limerick criminal gang and a third has links to dissident republicans.

It is believed that the car was being tracked by gardaí when it left Limerick yesterday and travelled to Co Waterford where the dog was handed over to the occupants of the car.

The car was then tracked as it left Co Waterford last night before being intercepted in Co Tipperary.

Speaking on RTE1’s Today with Sean O’Rourke, trainer Graham Holland confirmed that the dogs kidnappers did ask for a ransom but couldn’t confirm the amount.

"People thought they could hold him for ransom. It is a bit like Shergar, if they haven’t got his identity book, they can’t do a lot with him."

Clares Rocket is regarded as one of the best dogs racing and is second favourite in next year’s English Derby, the most lucrative and prestigious greyhound race in the world.

The disappearance of the greyhound has been likened to the story of Shergar, the prized racehorse who was stolen from Ballymany Stud, near The Curragh in County Kildare by masked gunmen in 1983 and was never seen again.

“This is really the Shergar story of the greyhound industry,” one high profile Limerick greyhound trainer told the Limerick Leader this Tuesday.

“If you look at his card, I think he has won over €53,000 in prize money and I would say for stud purposes he could be worth in excess of €1 million,” he added.

It is understood the dog was taken from a premises at Athassel Abbey, Golden County Tipperary between 6pm, Saturday, December 4 and 10am on Sunday, December 5.

According to sources a number of the syndicate are from Limerick city.

Clares Rocket is considered by dog racing followers to be at his peak.

The dog has won the Champion Stakes and the valuable Produce Stakes and was a favourite this year for the Con and Annie Kirby Memorial Puppy Stake.

Owned by the Full House Syndicate headed by Joe Cahill, Clares Rocket was trained by Graham Holland to complete a hugely impressive unbeaten path to the Con and Annie Kerby Memorial Puppy Stake final and was quoted as a best-price 8/13 favourite by the firms.

He came fifth on the night and was representing Ballinacurra Gaels GAA club.

Speaking to Michael Fortune last August Joe Cahill, a member of the Full House Syndicate, explained after he was withdrawn from the Derby: "He is only a young dog with a lot of racing ahead of him and if we keep going in the Derby it might finish him.

“There are a lot of targets out there for him next year, and we would hope he will be okay for the Night of Stars in November."