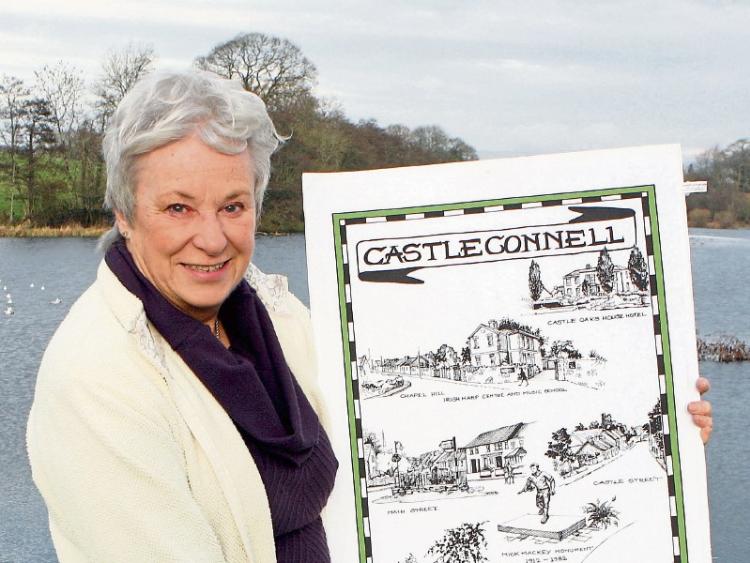 IF YOU agree that a picture paints a thousand words then Castleconnell artist Barbara Hartigan has the perfect book for you this Christmas.

Putting Names on Faces - Confessions of a Portrait Painting Stalker will be officially launched in Dooradoyle Library at 7pm this Wednesday, December 7.

It features around 70 famous names and the stories behind how Barbara got them to autograph her drawing of them. Included in the book are Sir Terry Wogan, Mother Theresa, George Best, Dolly Parton, Bill Clinton, Lionel Richie, to name but a few. 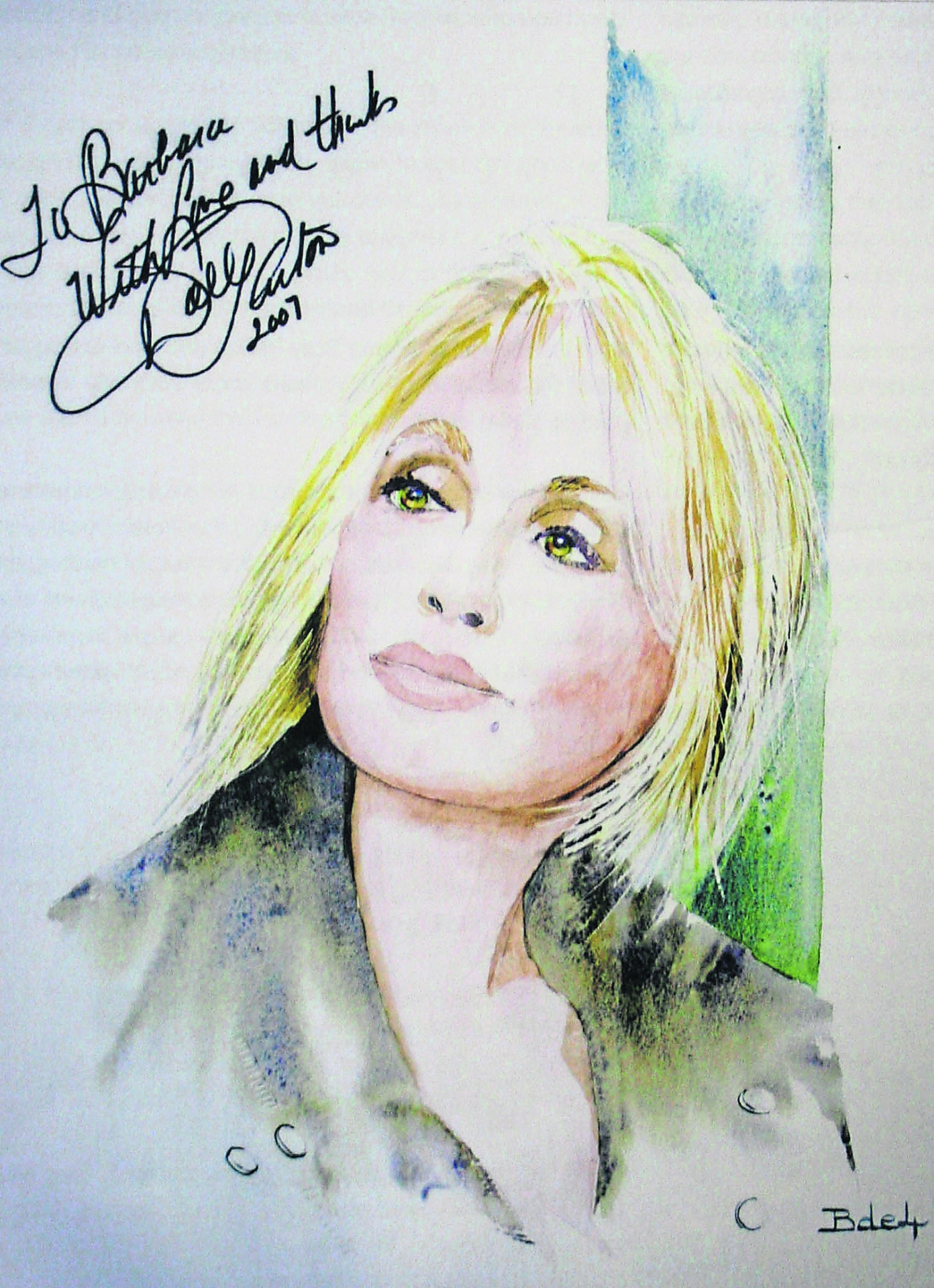 Barbara’s own story began 70 years ago. Aged just five Santa brought her an autograph book and a life’s obsession was born.

“I approached people from all walks of life and asked them to write in my book. I think I had the signatures of all the CIE bus drivers and conductors who drove on the Revington Park route.

“I even got the signature of an Ellen Street barrow boy who wore winkle picker shoes, tight denim drainpipes and had a Tommy Steele quiff. He signed my book, gave me an apple and winked at me,” said Barbara. While her friends collected stickers and cigarette cards, Barbara only wanted signatures.

As she grew older, her natural life drawing talent drew her to Limerick Art School. Afterwards she taught with the Daughters of Charity in Lisnagry.

Having met her husband Leslie, children Shane, Clare, Erin and Tara followed. Barbara more than had her hands full without paint brushes to the mix. In 1975, she won Housewife of the Year.

After 18 years away from painting the time was right for a return. The book is a testament to a New Year’s resolution. 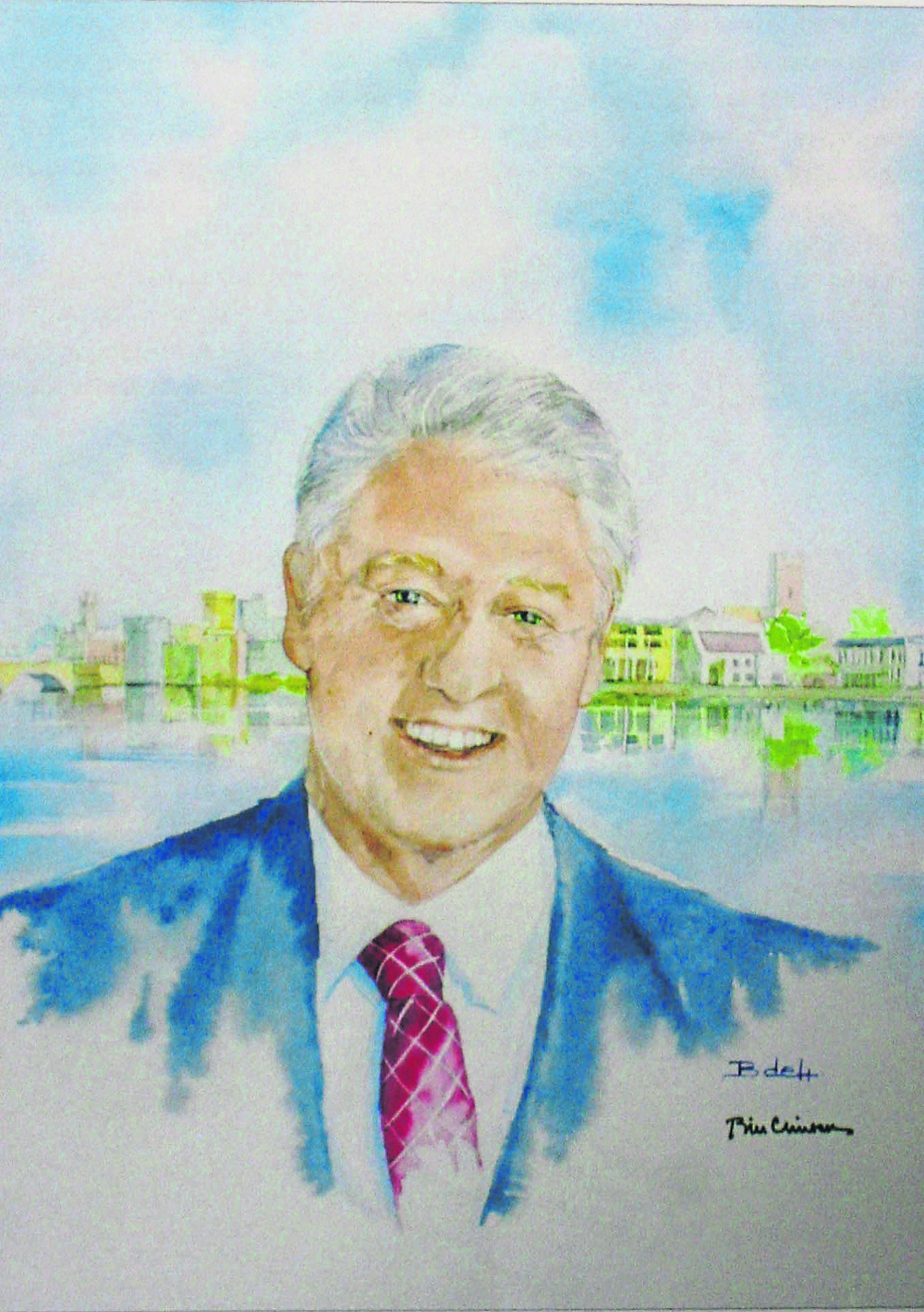 Her first portrait was of renowned Limerick comedy double act Tom and Paschal. Having one of five artists to hang their work at the annual Christmas exhibition at the First National Building Society. At the unveiling Leslie whispered to Barbara that she had forgotten to sign it. Tom and Paschal saw this and autographed it.

“What a good idea I thought. I would build a collection of personality portraits all signed by the subject,” said Barbara. And she did.

“Right from the start, the challenge of getting famous and celebrated people from all walks of life to sign my portrait studies became an adventure. Each portrait and signature quest took on the excitement and tension of a hunt. Yet each experience was different. The autograph portraits took on a life of their own accompanied in many cases by a rollercoaster ride through a gamut of emotions,” she says.

Each chapter details Barbara’s interaction with her chosen one.

Every portrait was accompanied with a letter saying, “I have completed this painting of you and if you approve of my depiction maybe you would be good enough to sign it - if you don’t like it just tear it up!” Who would?

It was comedian Jimmy Carr who encouraged Barbara to put all the portraits and stories together in book form.

She told him she had 68 done and would turn 70 on the following year.

And she has, in no small part, to the late Dermot Walsh who wrote up each story after Barbara told him her tales over tea.

Ahead of the official launch, Barbara says it’s “a dream come true to actually hold the finished product in my hand as this book has been a stop start, on-off project for so many years and to watch how people react”.

“To have it all put together by our family is just the ultimate joy.

“I realise the most valuable commodity they all have in their very busy lives is time and they have given over so much of that in the past six months to make this 70th birthday year incredibly special.

“The experience of working with the late Dermot Walsh was such a privilege and I couldn't have done it without his encouragement, his guidance and his vision .

“For me, this dream was a rollercoaster adventure with so many fantastic memories to relive and now thankfully to share,” said Barbara.

All are welcome to the launch of Putting Names on Faces - Confessions of a Portrait Painting Stalker in Dooradoyle Library at 7pm on Wednesday, December 7.