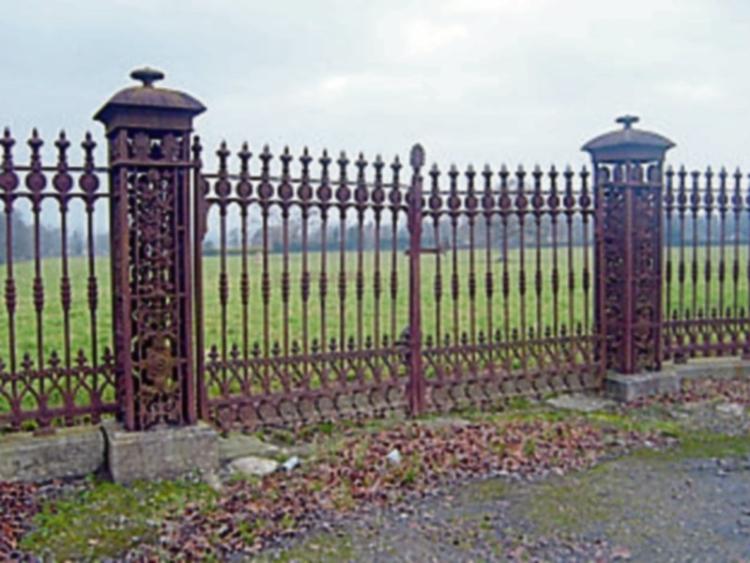 COUNCILLORS in Limerick have agreed to add a cast iron gateway in Castleconnell to a list of protected structures – prompting derision from one member.

“Where is this going to end?” asked Independent councillor John Gilligan. “It really boggles the mind that something as innocuous as a gate would stand in the way of any development.”

The local authority had proposed the cast-iron gateway in the Hermitage townland of Castleconnell be added to the list of protected structures – meaning it cannot be developed on.

In a report presented to members, it was described as a “cast iron assemblage consisting of piers railings and gates”. It adds they are good examples of 19th century work, adding: “The gates carry a lead bullion with the name ‘Fielding Dublin’ at their closure.”

Despite this, Cllr Gilligan was not impressed, saying: “It’s not up there on the scale with the Book of Kells, or some of the finer buildings around the country.”

He said he was fully supportive of the idea of protecting structures of national interest.

“But these things get diminished when it comes to the comical idea that something which we consider a national treasure turns out to be something like a gate.”

“If we are going to go to that level, we will presume almost everything should be preserved and we will not be able to develop anything down the line,” he added.

Cllr Gilligan cited the fireplace site in Nicholas Street, where the wall is being held up by a metal girder.

“We are now approaching the silver anniversary of this designation, and all it has produced is a dump in the middle of Limerick City,” he said.