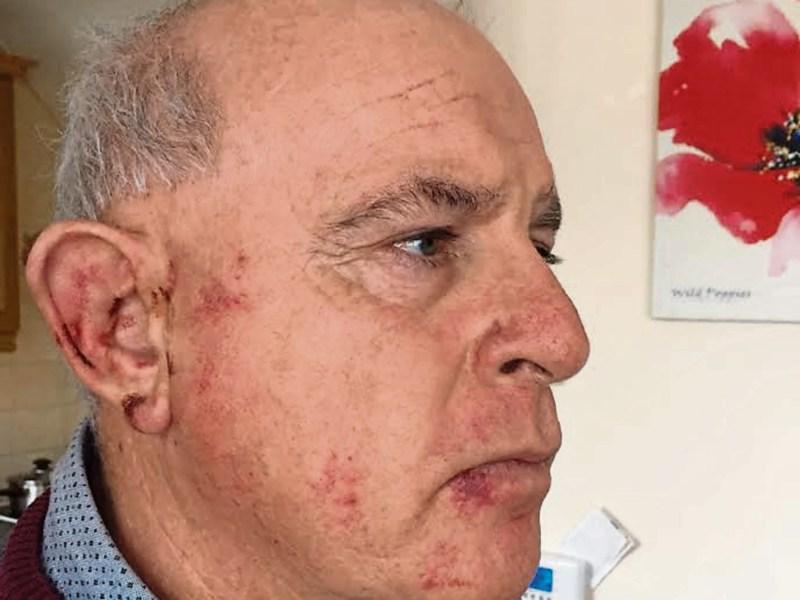 Derek Kelly hours after the 'brawl' in Limerick city centre

A LIMERICK taxi driver who was embroiled in a “vicious, abattoir-like” brawl that put him out of work for a week, is appealing for witnesses to come forward.

Derek Kelly says he was driving his taxi to Broad Street when a female driver accidentally collided with his vehicle at High Street at 12.15pm on November 26.

Mr Kelly, from Caherconlish, phoned the gardaí after speaking with the woman, whom he said was “polite and apologetic”.

He said that his “neck and back were numb” after the collision. However within minutes of the accident, a bystander started “verbally abusing” him, he said.

The 54-year-old, who is the brother of the late former Alderman Michael Kelly, said he was then “lunged at” after he attempted to take a photo of the passerby.

“He hit me in the face, he hit me in my right ear, and he broke my bluetooth piece — I had a phone device in my ear — and my ear was black and blue for three or four days," said Mr Kelly.

Mr Kelly said that after the man was “got onto the ground”, both men let go of each other.

An ambulance arrived to treat Mr Kelly at Sean Heuston Place. When gardaí arrived to inspect the traffic accident, they also interviewed the men involved in the bloody brawl.

His solicitor Ger O’Neill said that Mr Kelly was “clearly very upset” after the incident.

Gardaí are investigating the “minor” road traffic accident. Mr Kelly emphasised that the woman had nothing to do with the following altercation between the two men.