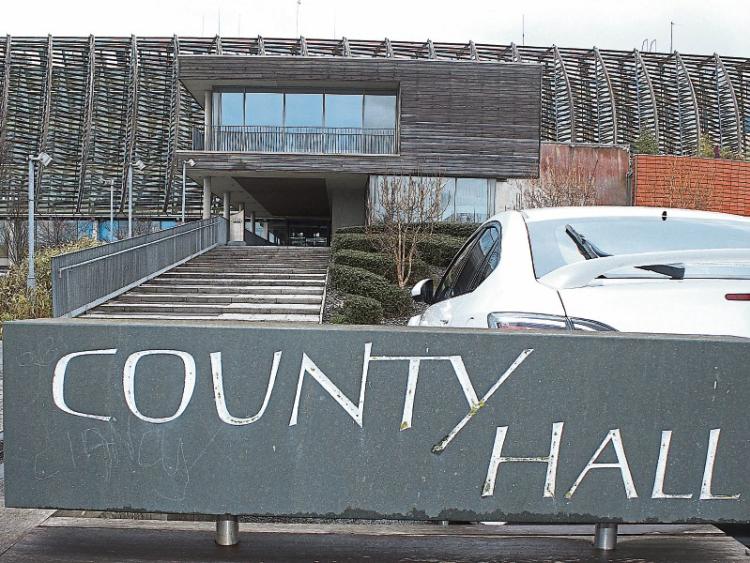 COUNCILLORS, angry that Croagh could be by-passed for a second time, have threatened unilateral action if a link to the village is not included in the the proposed new Adare to Foynes road.

“We are not trying to be a Donald Trump,” Cllr Stephen Keary FG said at a recent meeting, responding to a charge that he and other councillors had made “threatening remarks” over the issue of a connecting link to Croagh off the proposed new Adare to Foynes road.

“We are there to represent the demands and interests of the people we represent,” Cllr Keary told Cllr John Loftus who had taken exception to remarks made by the Croagh councillor at a special meeting of Limerick City and County Council to discuss the new road.

“We want due process,” Cllr Keary told the meeting. “We want the result we have been looking for over the last 12 months.”

But he warned that if “the right result is not forthcoming”, councillors would have no choice but instruct the council to include a connection to Croagh in the design.

“There could be a motion of no confidence,” he also warned. “We do not want to go down that road.”

Earlier, Cllr Keary opened the debate saying he was extremely disappointed and embarrassed with the report brought in front of the meeting. That report said it would take three to four months to review the possibility of including a link to Croagh off the 33km Adare to Foynes.

But Cllr Keary argued that this did not satisfy the motion he put to the council in October.

“This is a disappointing generic report that was basically copied and pasted and belittles the intelligence of those for whom it was intended,” he declared.

“A five line conclusion is not satisfactory.”

The concerns of the people in Croagh and those who had made submissions had been largely ignored, he argued.

“Had you given any due consideration to Croagh, you would have a lot of detailed worked out from last January,” he told Director of Transport, Kieran Lehane.

But Mr Lehane assured Cllr Keary the report was “not a cut and paste” job.

A connection to Croagh was an option that had been examined, he said but there were certain constraints that needed to be taken into account.

However, following Cllr Keary’s motion last month, the issue was being revisited and was being dealt with as “expeditiously as possible”, he said.

Whatever could be done to shorten the time, would be done, Mr Lehane said, but he pointed out it was a large, complex project and any outcome had to be robust.

“We were all absolutely flabbergasted when we realised that Croagh was being by-passed again, a by-pass of a by-pass. What village or town has been subjected to that?” declared Cllr Kevin Sheahan FF.

"It is very hard to ask the people of Croagh to take that. I won’t ask them.”

Link roads on the M21 were not 12km apart, Cllr Richard O’Donoghue  pointed out, arguing that a link at Croagh could also connect Rathkeale and Adare while Cllr Adam Teskey FG said the four month timeline didn’t stand up.

There are four junctions on the design for the 33km route, Cllr Emmett O’Brien said. “We are proposing one extra.”

Cllr John Sheahan pointed out that there were bodies above the council who would arbitrate on the matter, including An Bord Pleanala and government departments.

“Can we as a body of councillors instruct you as director of the project along with the Mid-West Design Team to put in to the design a link to Croagh?” he asked. If so, it should be done.

“Let somebody else come and justify taking it out,” he said.

But Mr Lehane counselled against such a course of action at this point.

“Leave us do this first,”he said.

“If Croagh is given the back of the hand again, we will not be able, at this side of the house, to remain silent,” Cllr Kevin Sheahan said.

“We think what is happening in unjust.”

Exceptions had been made in other cases and “that is what gives us hope.”

A special meeting is now to take place involving Adare Rathkeale councillors and all the other parties involved in the road project.