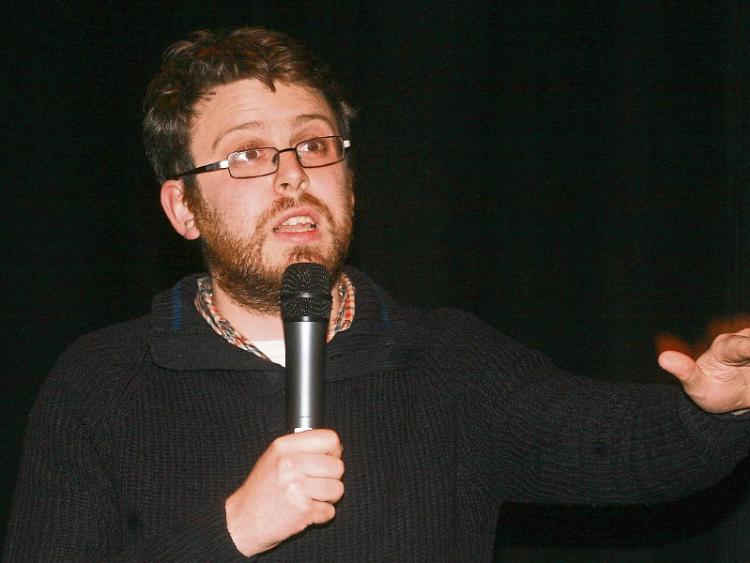 IN the past year alone, over 100 women from Limerick have travelled to the UK to get access to abortion services there.

In addition, dozens more have used abortion pills in their own homes, supplied from the WomenOnWeb.org website by doctors, Cllr Cian Prendiville, Anti Austerity Alliance said.

He was speaking at a meeting of Limerick City and County Council where he proposed an “immediate referendum” to repeal the 8th amendment on abortion “rather than further delaying this or trying to replace this archaic amendment with another anti-choice amendment through the citizens assembly."

Under Irish law, Cllr Prendiville pointed out, the women who travel to the UK or those who help themselves “find themselves deemed as criminals, facing a 14 year jail sentence if reported.”

“The political establishment can no longer to stick their head in the sand and hope it goes away.”

In establishing the Citizens Assembly, he argued, the government had hired a private company, which  selected 99 citizens to make non-binding recommendations to the Dail.

“This company has excluded anyone who has campaigned, posted on social media or even wore a pro-choice badge. It has also excluded some of those most affected by the 8th amendment: non-citizens, including asylum seekers in Direct Provision who do not have the ability to travel.”

A worrying aspect, he added, was that what would transpire is an amendment to the amendment and the same anti-choice laws would be on the books.

“The reality is that a referendum is the ultimate Citizens Assembly”, he said but the government was afraid of allowing ordinary people to have their say.

Cllr Bill O’Donnell FG opposed the motion, saying his views were “the polar opposite” but argued that there was a process under way and that should be allowed to “run its course”.

Cllr Emmett O’Brien Ind agreed the framework put in place should continue and people should wait for the report of the assembly and “then perhaps bring a motion”.

“I know this is political grandstanding,” he said.

Cllr Vivienne Crowley FF said some of what Cllr Prendiville had said “has merit”.

“Some is just not quite true”.

She argued that the Citizens Assembly was based on a huge variety of people and the 99 people  were not people of no opinion. There were people from the church, people who had travelled for abortions she argued.

“I don’t think it is professional to assume the outcome,” she said. “This is an objective group of people.”

However, she agreed a referendum was needed and she proposed an amendment called for an immediate referendum but also for legislation to be enacted to allow for terminations in the case of fatal foetal abnormalities,rape and incest. This was seconded by Cllr Frank Daly Lab who said the framework was in place.

“The motion is not looking for support. It is looking for headlines,”Cllr Seighin O’Ceallaigh SF said.

The Sinn Fein amendment was lost and Cllr Prendiville’s motion was defeated overwhelmingly with just three votes in favour.