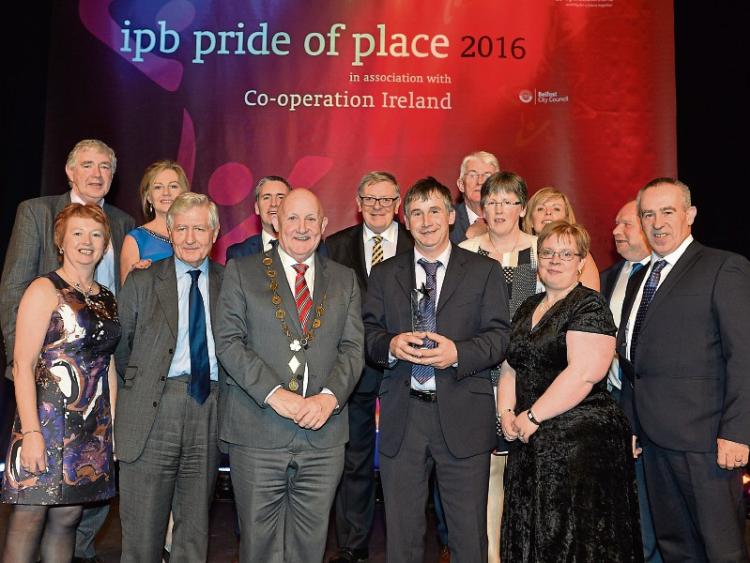 Pictured at the Pride of Place Awards ceremony are representatives from Liskennett Farm and below, Broadford Development Association

“WE are floating,” Mary Lee Geary, chairwoman of Broadford Development Association said following the announcement at the weekend that Broadford had won a national prize in the annual IPB Pride of Place competition.

“It is great news. It’s fantastic,” Ms Lee Geary continued, revealing that it was the community’s third time entering the competition. 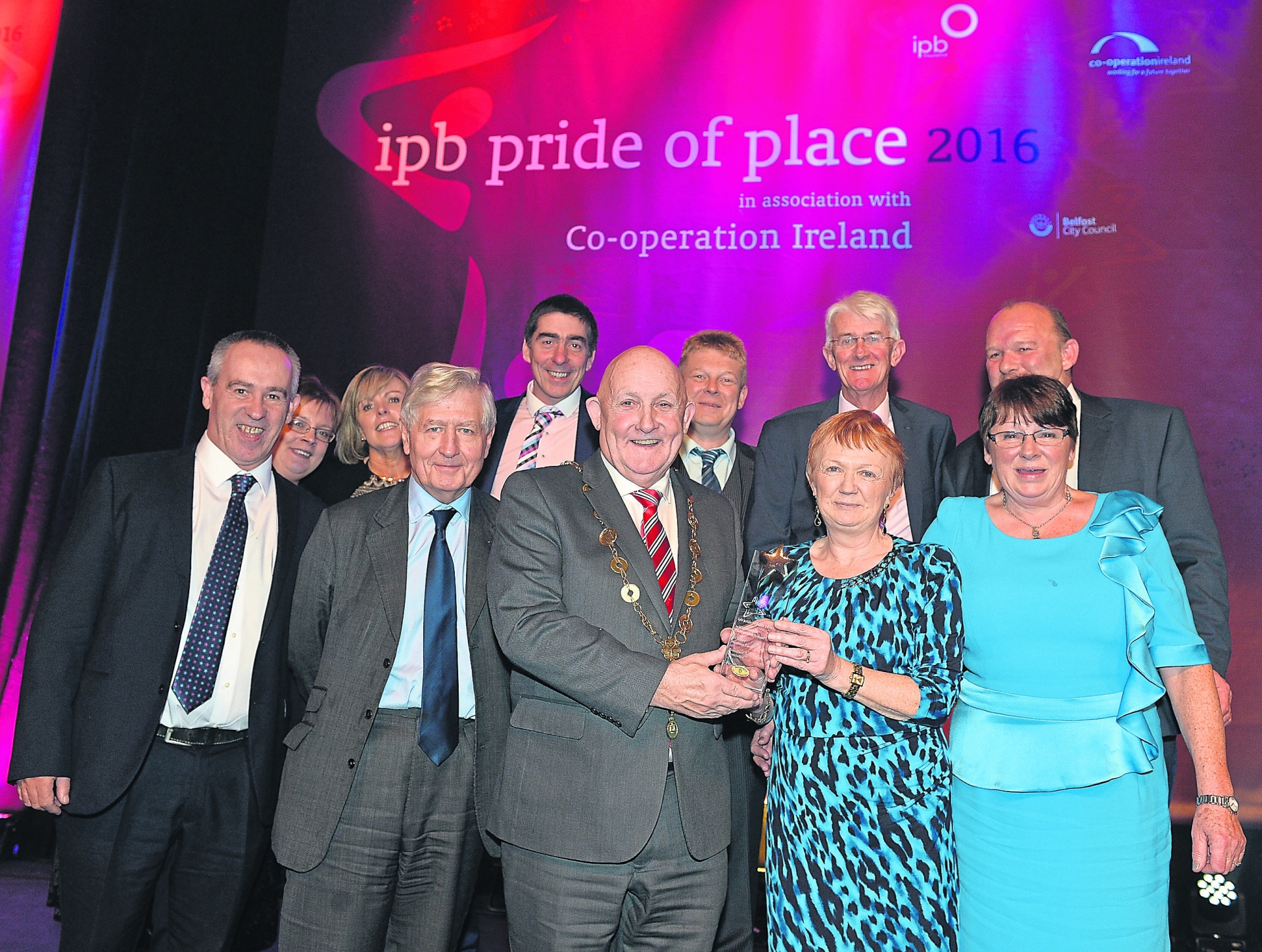 And she put their success down to team effort and a bit of perseverance.

“It was a whole community effort. Everybody pulled their weight. Everybody did a great job,” she continued. But she paid special tribute to the two schoolgirls, Clare Noonan and Molly O’Brien who made the presentation on behalf of their school. “They were wonderful,” she said.

The judges visited the school, but also the community creche, the day-care centre and sheltered housing, the enterprise centre and the arboretum, the sports hall and  sports field and the upgraded Broadford to Ashford Walking Trails, all of which have been developed by the community.

“We had the races the day before and the track was still up and they visited that too,” Ms Lee Geary added. As part of their pitch, the community showed the long excerpt on Broadford from  the RTE Nationwide series.

Four community representatives, Bernie Boyce, Kathleen Barry, Mike Pierce and Eddie Noonan travelled with Mayor Kieran O’Hanlon to the prizegiving ceremony in the Waterfront in Belfast at the weekend.

But the plan is to have a gala celebration at home in Broadford to mark their success.

Liskennett Farm is a multi-purpose  facility developed by the St Josephs Foundation, also won a special award in the Pride of Place competition.

“We are delighted. It is a great honour. It is a reflection of a lot of hard work done by an awful lot of people  in the organisation but equally outside the organisation,” said Conor Counihan, chief executive of St Joseph’s Foundation which provides a range of services to adults, young people and children with special needs.  And he cited JP McManus, Limerick City and  County Council, Ballyhoura and IRD Duhallow, among the organisations which had contributed to developing Liskennett.

“It is a real team effort.”

Liskennett,in a farm setting in Granagh, is unique, Mr Counihan continued. . “It is not done anywhere else in this country,” he said. There is residential accommodation for 16 adults but also a day service for adults and a facility for children with special needs. It also caters for children with autism through an equine assisted programme. Another feature is its walkway.

“It is so quiet there and nowadays that is a big issue. It is particularly important for people with autism,” Mr Counihan said.

Mayor Kieran O’Hanlon congratulated both winners saying: “The pride you have and show in your community is evident to everyone. The work that you carry out is for the betterment of people in your localities. You all work very hard for your communities. Your communities are better because of you.”

He was delighted, he said, that this had been recognised.