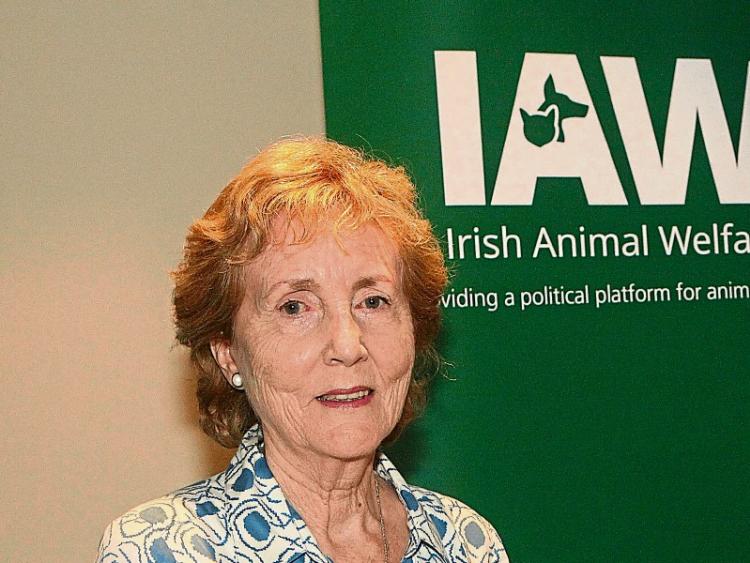 LIMERICK Animal Welfare chairperson Marion Fitzgibbon has vowed that she "will go to jail" rather than pay commercial rates, which she claimed will force the closure of its charity shops and the withdrawal of its vital out-of-hours service.

LAW, which houses hundreds of vulnerable animals, received a legal notice from Limerick City and County Council this month, in relation to outstanding commercial rates in one of its city stores.

Ms Fitzgibbon, incensed, told the Leader that more than €40,000 is owed in rates, between LAW’s three charity shops in the city, which provide “one third” of the organisation’s funding.

“Well, I’ll go down [to court], but I will go to jail. I am not paying it. Because if we close down in the morning, there is going to be several hundred more dogs in the dog pound,” she said.

A spokesperson for Limerick City and County Council said that the council gave a contribution of €3,800 to Limerick Animal Welfare in 2016.

In a letter written to the council, she said that LAW is “at a loss to understand why we are being billed for rates considering the work that we do for Limerick City and County. If we are forced to pay rates, it will cause the closure of our shops and withdrawal of all out of hours and weekend services

“It will impact on the service provided in our sanctuary. If this happens, Limerick City and County Council will see a huge increase in the number of dogs being surrendered into the Limerick Dog Pound,” she wrote.

There are around 250 animals in the sanctuary in Kilfinane, 80 dogs in its kennels, and 70 cats in LAW’s cattery. At the moment, refurbishment works are taking place at its first building, which will cost around €80,000. Fencing is also required for LAW’s stables, costing €10,000.

“We have incurred huge expenditure over this period providing a public service for the abandoned animals. For the last six years, we have expanded our work to include horse rescue. This has required the building of additional stables and horse shelters at our sanctuary. We also provide emergency mobile number out of hours service at weekends, bank holidays, and during Christmas and Easter period when the City and County Council cannot respond,” the letter stated.

“We would also draw your attention to the fact that we have received legal opinion from our barrister stating that we should not be served with a demand for rates as ‘all monies received from our three charity shops are exclusively used for charitable purposes’.”

Ms Fitzgibbon told the Leader that they were never levied for commercial rates before the Limerick City and County Council merger, and that other animal welfare organisations in Tipperary and Galway are not levied for rates because of their charitable status.

A spokesperson for Limerick City and County Council said: “Commercial Rates are charged on properties that are valued by the Valuation Office.  If a commercial activity is being undertaken then commercial rates will apply.

“If Limerick Animal Welfare applies to the Valuation Office for charitable status for their shops, and the Valuation Office grants this, then the local authority will stop charging them.  However the amount levied up to that date remains due to the council. As with all rate payers, Limerick City and County Council would encourage them to contact the finance department to discuss their rates.”

Ms Fitzgibbon invited the council to visit the Kilfinane sanctuary “to see for yourselves the work that we do”.

She wrote that, since the company started in 1988, it has “maintained meticilous audited accounts which are lodged with the Charity Regulatory Authority and Companies office”.