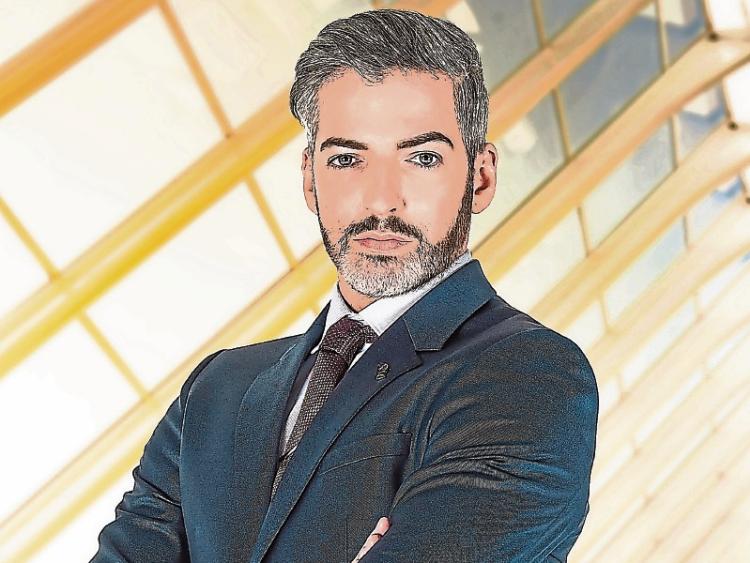 THE Limerickman who was chosen from over 80,000 applicants to star on this year’s The Apprentice UK, has heard the dreaded words “You’re fired!”.

Millions of people tuned into BBC One this Thursday night for another nail-biting episode of the 12th series of the hit show.

We’re sure Karren will miss his singing... #theapprentice pic.twitter.com/wq0dsD9w85

Speaking after getting the chop, Dillon St Paul, who is originally from Castletroy, said he was happy that he had remained very much himself during the process “and was quite authentic”.

“Obviously I’m devo (devastated) being fired but as the same time I find it hard to find something that I really didn’t like,” said Dillon, speaking on The Ryan Tubridy Show this Friday morning.

“I’m actually glad I was that way because when you watch yourself back you can live with yourself a lot easier when you are 100% yourself.”

Art director Dillon and sales executive Sofiane Khelfa were the latest candidates to face the chop after their team failed to impress in a task that challenged the contestants to move into the world of virtual reality (VR).

The two teams went head-to-head to create a new VR game before pitching it at the world-famous Comic Con exhibition in London.

Dillon described the feedback he has received since going on the show as “positive overall”.

The highpoint of the show he said was “making friendships for life”.

Describing himself as “super-creative”, Dillon previously told the Limerick Leader that he felt he was in with a good shot of taking the £250k winning prize.

However, he also said that he is “not egotistical enough to not consider some of the other candidates serious contenders as well.”

The 37-year-old decided to put himself forward for the series after a friend of his missed the deadline to apply last year.

A former student of Milford National School and Ardscoil Ris, Dillon studied graphic design at Limerick School of Art and Design before he started working for a web design agency.

While he dabbled in other work he went on to focus mainly on magazines and publishing in Dublin.

His biography which is included in the BBC’s press pack says he intends to be ‘Machiavellian’ about tasks and says he will tell white lies if he needs to.

When asked by presenter Marty Morrissey if he would do The Apprentice again, Dillon replied: “Yeah, definitely!”