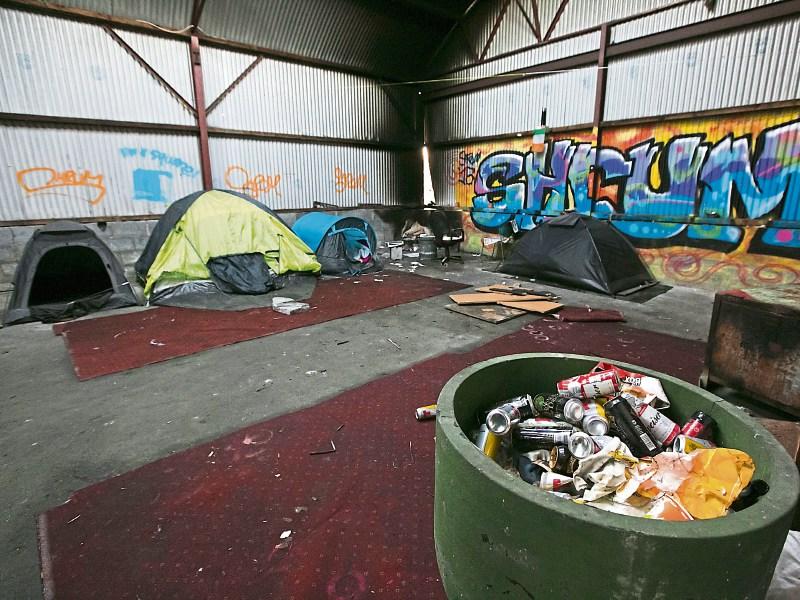 A camp has been set up in a derelict building on the city outskirts Pictures: Brian Gavin/Press 22

UP to 15 people are living in below freezing conditions in a disused warehouse on the edge of the city.

A makeshift camp of tents has been set up at the derelict site which has no light or heat, with one of its occupants describing it as a “nerve-wracking place”. “I never thought I'd end up in a place like this, literally scabbing to live,” a 25-year-old Co Limerick man who is a resident of the camp and was speaking anonymously, said. 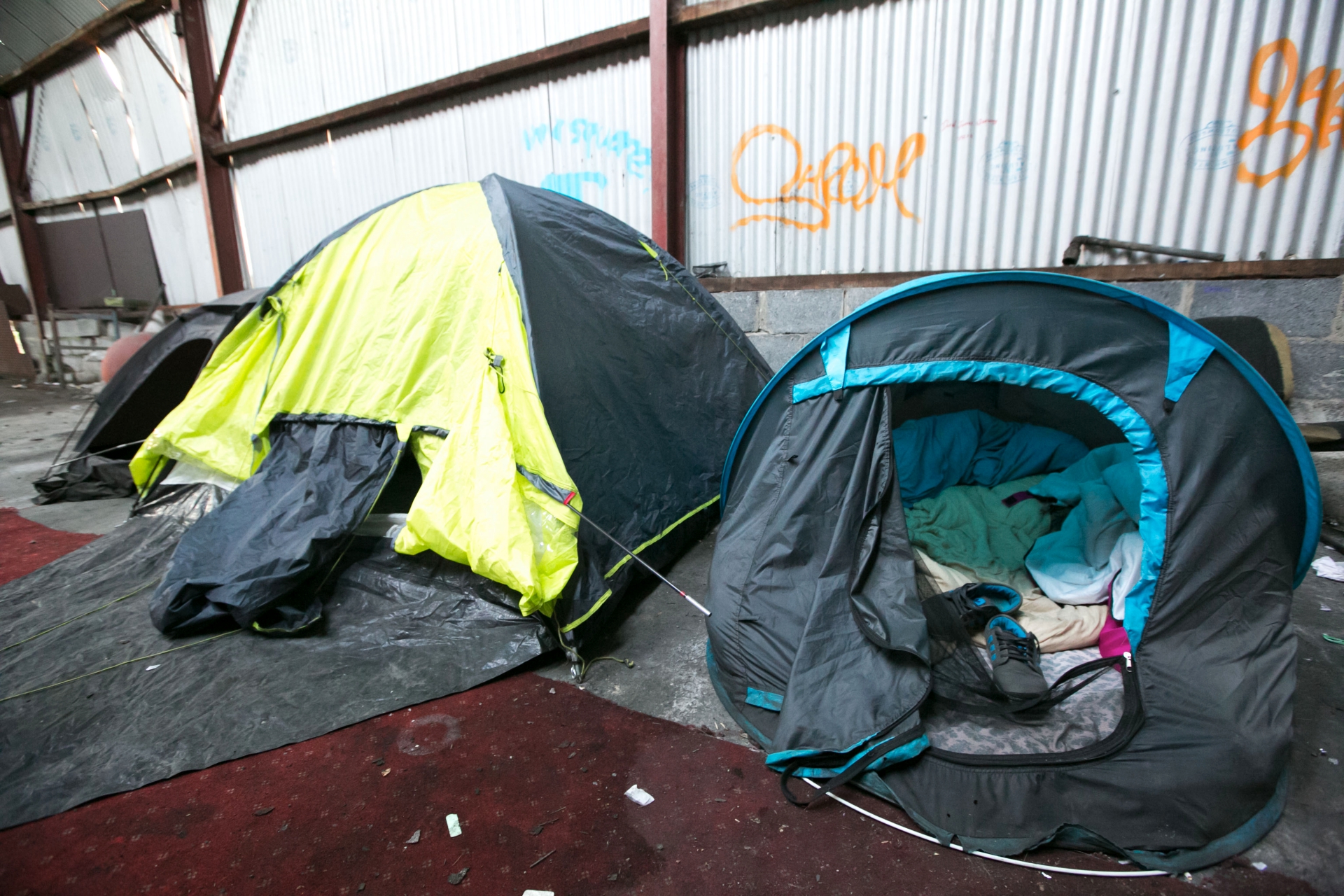 The distressing discovery comes after two people who were sleeping rough died in Limerick in the past two months, the most recent being Louise Casey, 31, who died in a basement in Catherine Street three weeks ago.

The refugee-style camp has on average six people sleeping there,  but that number can peak at 15 as the temperature plunges below the freezing mark. 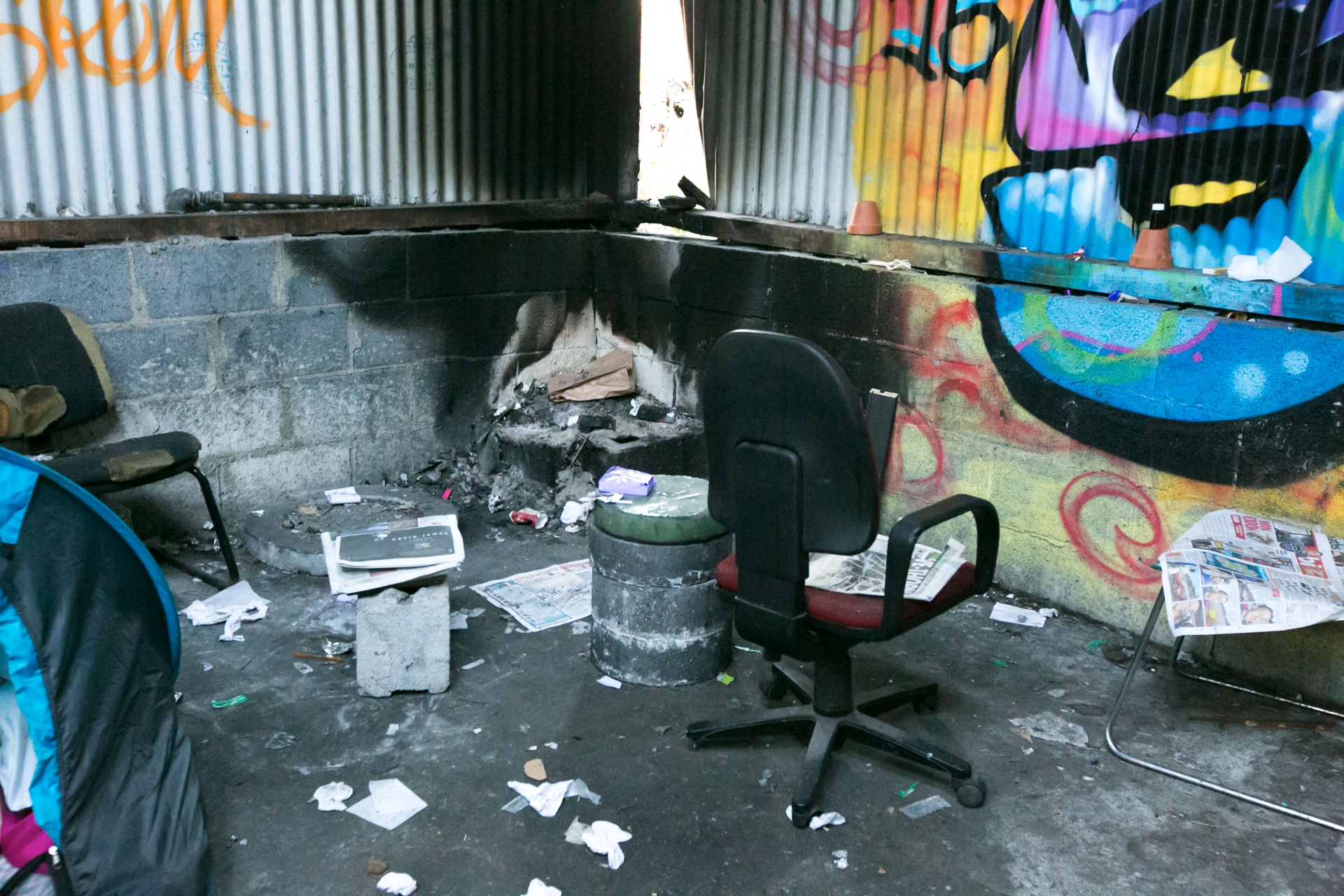 The young man spoke on condition the location of the camp would not be disclosed.

"It is very chilly coming down here at night-time. God knows, you don't know who or what you'd expect. These are all derelict buildings, specific buildings where the tents are. Through the day and night you can hear the rats and all types of animals all around the building,” he told reporter Brian O’Connell of RTE’s Sean O’Rourke Show.

He said that alcohol and drug use does spark trouble.

The young man, who tragically lost his mother and father at a young age, has an acquired brain injury and said he was previously "hooked on heroin, cannabis, cocaine and tablets".

"I'm now clean, but in a financial rut," he added.

Fianna Fail councillor Sean Lynch, who revealed the presence of the homeless site last week, said that the issue has escalated in recent years.

"Previously, you had the odd few who were begging on the street, but they were very few," the former detective garda said.