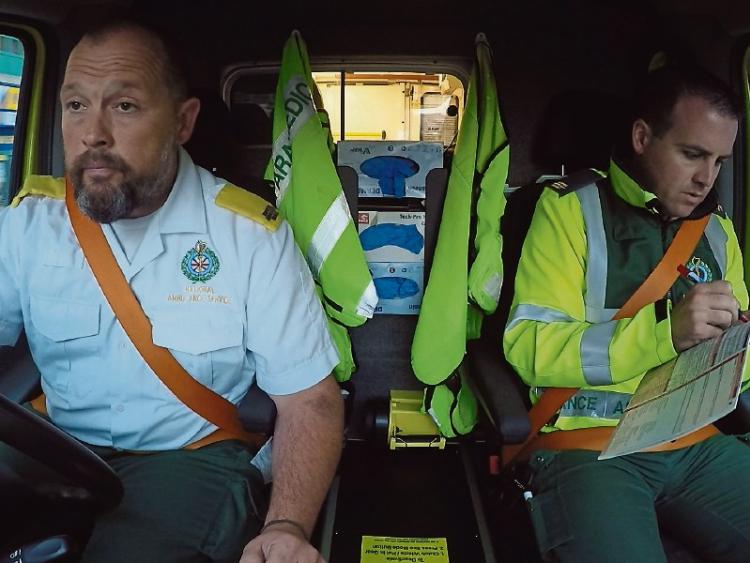 Paramedics Richard Pepper and Brian Murphy in the TV3 show

The show features Limerick paramedics Richard Pepper and Brian Murphy and their response to a call about a suspected heart attack in the corridor of a city hotel.

When they arrive, they find that the man is extremely aggressive and combative due to head or brain injury.

The patient, a German national on holidays that does not speak english, suffered an unconscious episode which caused him to hit his head and he is very disorientated.

The two man crew use a translator and their own broken German to talk to the man and manage to calm him down and take him to hospital, where he undergoes neurosurgery after a serious bleed on the brain.

TV3 have kindly given the Limerick Leader an exclusive clip of the incident:

This is the second series of Paramedics, which is produced with the help of the HSE National Ambulance Service by Tile Films for TV3.

Other incidents in the fourth episode of the series include an ambulance crew in Cork that face a drunken man lying on the road who refuses assistance and becomes aggressive, some strange and unusual 999 calls, temper tantrums, a dog in imminent labour, and everything in between.