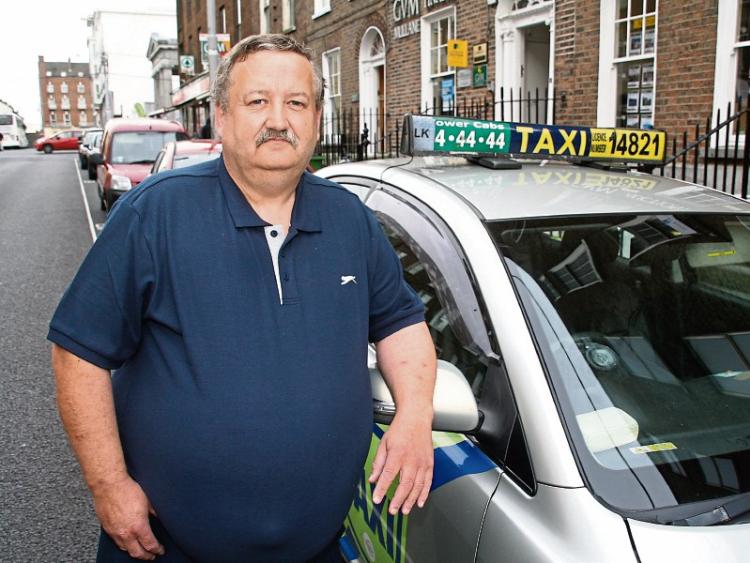 Joe McNamara: 'We are trying to do our job and we are being hindered from doing it'

With just over three weeks left to Christmas, concerns are being expressed by some taxi drivers that they will lose business during what is one of the busiest times of the year.

Joe McNamara, who has been a taxi driver for more than 26 years, says illegal parking in ranks has become a real issue in recent months.

“It’s not something that happens every now and again, it is every night of the week – we are trying to do our job and we are being hindered from doing it,” he told the Limerick Leader.

There are also regular difficulties with another rank at O’Connell Street as it is designated for on-street parking until 5.30pm.

“It’s an ongoing thing that is happening. Every single night of the week we have to ring Henry Street garda station because of illegal parking in the taxi ranks,” said Joe McNamara who says it makes it difficult for taxi drivers to collect fares.

While gardai do respond to calls relating to illegal parking in taxi ranks, Joe says the offending vehicles should be towed away.

”They (gardai) come down and put tickets on all the cars but that doesn’t solve the problem. In every other town and city where there are taxi ranks cars which are parked illegal are towed away out of the taxi ranks,” he said calling for a similar approach to be taken in Limerick.

In addition to calling for action to be taken to combat illegal parking, Joe says additional spaces are needed to accommodate the number of taxis which are operating in the city.

There are only so many spaces that we have – which is little enough – and if we can’t use them what’s the point in giving us taxi ranks,” he said.