State of the art €2.6m surgical robot unveiled at UHL 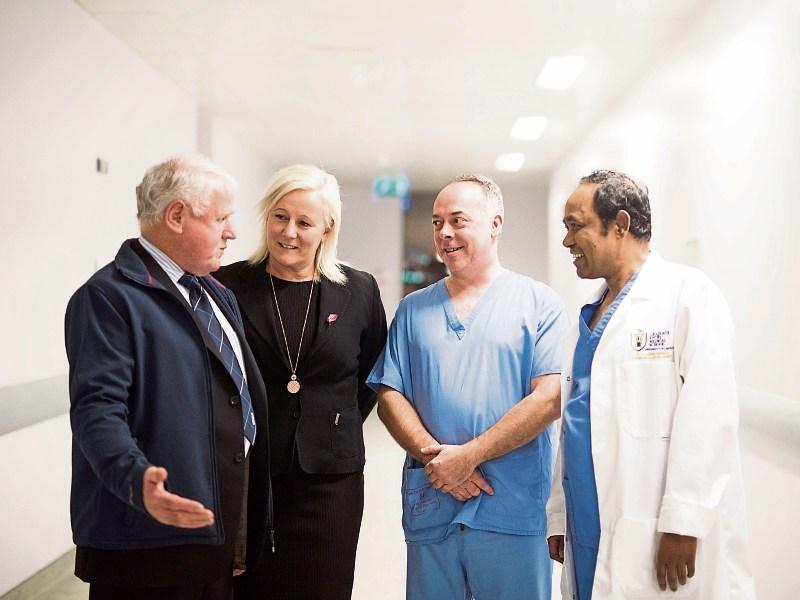 A “STATE-of-the-art” surgical robot has been launched at University Hospital Limerick, making it one of the most medically-advanced cancer treatment facilities in Ireland.

The Da Vinci Xi Dual Console Robot, the details of which were first revealed by the Limerick Leader this September, is the first of its kind in a public hospital in Ireland, valued at €2.6m.

Donated by the Midwestern Hospitals Development Trust, and funded by the JP McManus Benevolent Fund, the robot is able to perform remote-controlled laparoscopic — or keyhole — colorectal, renal and adrenal surgeries.

Prof Calvin Coffey on the €2.6m Da Vinci robot: "It's like sitting in the abdomen...a truly remarkable experience." @Limerick_Leader pic.twitter.com/gfQU6tvxWC

Leading the team, Prof Coffey, foundation chair of surgery at UL’s Graduate Entry Medical School, said that, hitherto, this type of surgery has been part of the private healthcare sector.

“Now, for the first time, it is available to public patients in the Mid-West for colorectal and renal and urologic cases. The dual console will allow not one, but two surgeons to operate simultaneously, ensuring optimal decision-making and precision for each individual patient, the expertise is doubled.”

So far, there have been 29 cases at UHL with “hugely encouraging results and a high level of patient satisfaction”, Prof Coffey added.

Junior doctors, nurses and students, who wish to learn more about how robotic surgery is done, will soon be able to witness it in action via live broadcast. This project has received €135,000 in funding from the hospital’s academic partner, University of Limerick.