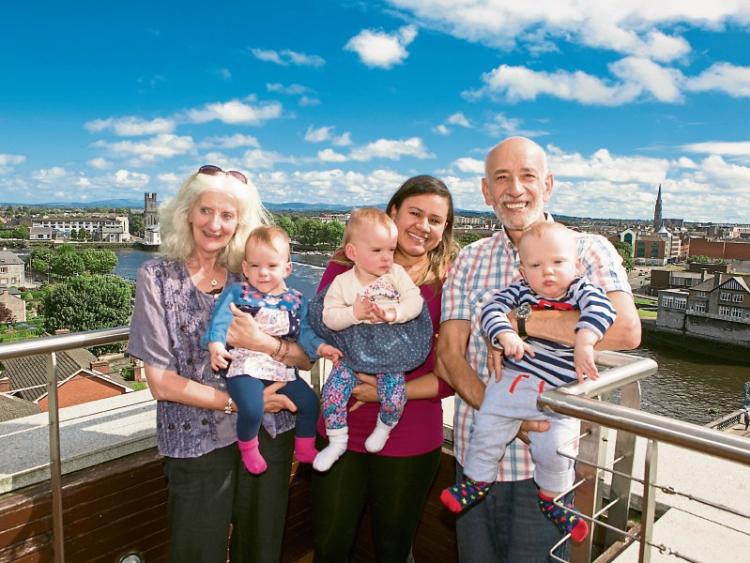 NEARLY €10,000 has been raised for the family of Gemma Carcaterra, a mother of triplets who died suddenly just months after their birth.

Donations are still coming in online, and at the time of writing some €9,755 had been raised.

This year’s 18th annual Cook Medical Women’s Mini Marathon in Limerick was run in Gemma’s memory – and three stars were added to the back of each commemorative race t-shirt as a gesture towards her triplets, who turned one this August.

She passed away suddenly in February from a suspected brain haemorrhage.

Gemma’s loving husband Colm Clarke was among the thousands who took part in the 10km race, dressed in a bright blue wig and wearing a resplendent pink dress.

He was cheered on by Gemma’s mum Rosa Carcaterra, sister Eimear Clarke, and his young triplets,  two identical twin girls, Ava and RÍona, and her son Coen.

“Gemma was involved with Daghda [Dance Company] here in Limerick. She took part in this event many times and in the Great Limerick Run many times. She made this area her home,” he said.

The 42-year-old was formerly director of the now defunct Daghda Dance Company, which was based at St John’s Church in the city.

Ms Carcaterra was also a founding member of the Tri-Hards running group, based in Limerick.

Many of her friends in the Tri-Hard running group in Limerick took part in the race in her memory. They said Gemma was an “extraordinary lady and bright ray of sunshine”.