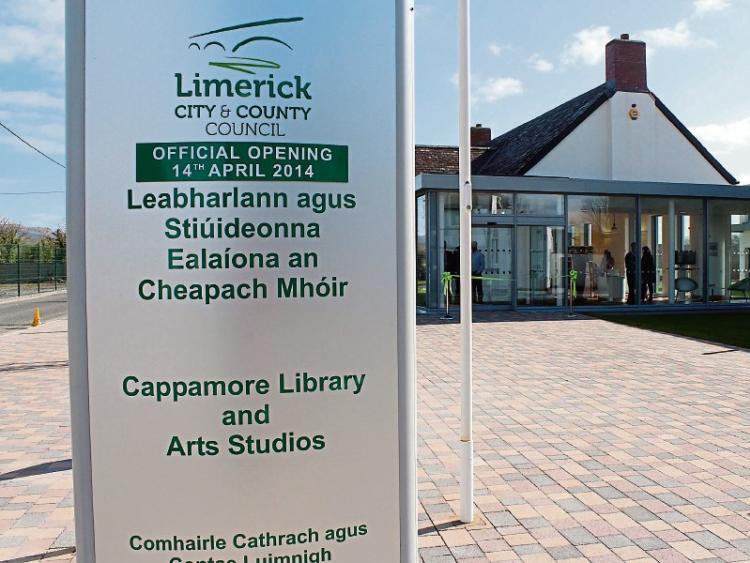 CAPPAMORE Library has been announced as one of just 23 in the country and the only facility in County Limerick approved for an Open Libraries initiative.

CAPPAMORE Library has been announced as one of just 23 in the country and the only facility in County Limerick approved for an Open Libraries initiative.

The Government scheme provides for seven-day opening from 8am to 10pm. Staffing levels and staffed hours remain unchanged, while the extended hours are unstaffed.

The state-of-the-art Cappamore Library is part of the latest roll-out of the project, however, Cllr Noel Gleeson has voiced his opposition to the plan.

He said he is “completely against” Cappamore Library opening without any staff in the building.

Speaking at a Cappamore-Kilmallock municipal district meeting, the local councillor expressed concerns that the facility, opened in 2014, may be vandalised if people are allowed in on their own without supervision.

“I got a phone call about what is being proposed - longer hours with no staff. It has been trialled in Galway. I am completely against it. How can you allow anybody go into a beautiful new building that is going a bomb without any staff?

“I’m not accepting it - it is completely wrong. We have seen what has happened with community halls. It can happen anywhere with a small minority,” said Cllr Gleeson.

It is understood that anyone over 18, who is signed up for the service, can scan into the building using their library card during the unstaffed hours.

Cathaoirleach of the municipal district, Cllr Eddie Ryan said: “It is a high risk.”

Cllr Gleeson referenced the Solas System in Cappamore Library, which is the first of its kind in Ireland, and includes touch screen table PCs offering an exciting suite of programmes and apps for all ages.

“There are only four of these in the British Isles. I will be voicing my opposition. I saw work being done on the door [of the library]. I wasn’t informed of that. I should have been notified as any councillor in their area should,” said Cllr Gleeson.

Cllr Lisa Marie Sheehy said she had heard “murmurs” about the plans for Cappamore Library. She also opposes the library being available when there are no staff on site.

“If we go that way with everything we will be losing jobs. There is a risk factor,” said Cllr Sheehy.

Asked for a response by the Leader, a Limerick City and County Council spokesperson said: “As part of the Open Libraries initiative launched by the government, Cappamore Library in County Limerick is one of 23 libraries to be given approval-in-principle for the scheme.

“Further details in relation to Cappamore will be released following a briefing with local representatives from the Cappamore-Kilmallock municipal district which will be held in the coming weeks.”

In late September, Impact said they would be balloting members to consider industrial action.

“​This is a downgrading of library services that dismisses the value of integrated library services and reduces a library to simply a building full of books,” said a spokesperson for the trade union.

Minister for Housing, Planning and Local Government Simon Coveney said: “There will be no reduction in staffing levels or staffed hours as a result of the service, either in the short or long term.”