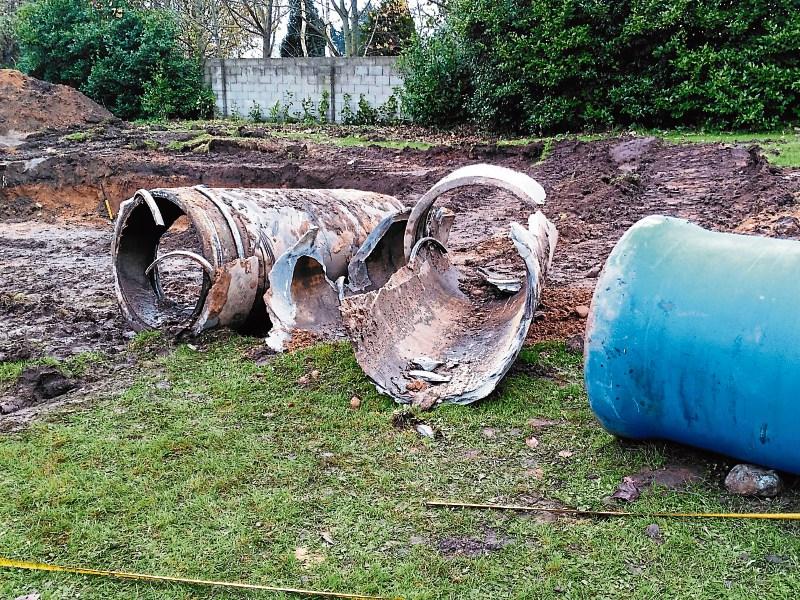 PUBLIC water supplies across the city have returned to normal after an earlier burst mains resulted in many areas experiencing low pressure.

The pipe, which is more than two feet in diameter, burst at Rhebogue Meadows, Rhebogue at around 2am with a number of local residents describing the noise as being something like an explosion.

Irish Water has confirmed the pipe was laid in 1980s.

Gardai and two units of Limerick Fire and Rescue Service attended the scene for over hour before emergency water crews were deployed in the area and the local supply isolated.

“There was a big volume of water coming from it because it is a trunk main serving the city after all. A number of people were evacuated from their houses as a precautionary measure,” said Katherine Walsh, regional operations manager with Irish Water.

Several garden walls were knocked because of the force of the water which also entered a small number of houses in the estate.

After locating the burst section of pipe under a green area, crews working on behalf of Irish Water completed the repair work shortly before 4pm.

“It was a once-off burst in that area, it isn’t a normal occurrence but having said that we will review the condition of the pipe there as part of our investment in leak management,” said Ms Walsh.