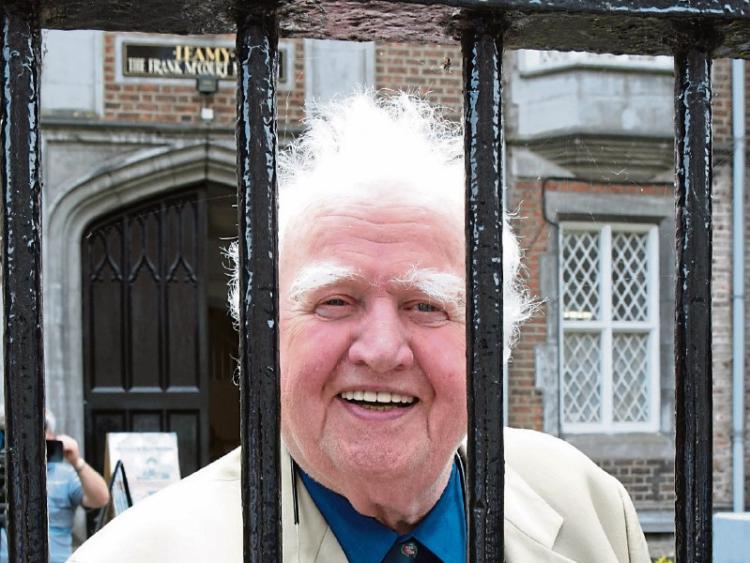 THE ELECTION of Donald Trump as the next president of the United States has plunged New York in a mood similar to that post 9/11 or the assassination of President John F. Kennedy, author Malachy McCourt has said.

Speaking to the Limerick Leader, the 85-year-old actor and writer, and only surviving brother of the Angela's Ashes author Frank McCourt, said he also finds it “shocking that so many Irish Americans voted for this strange, bald movement.”

“The Catholic Irish contingent voted very much in his favour - that's the general consensus. It's very strange that any body Irish could be so conservative [in voting for Trump] - it's an anomaly.”

“I was convinced that Hillary was going to be the next President of the US. I thought were was no chance that the American people were stupid enough to vote for Trump. But statistically half of the American people are below average intelligence. Obama will be a loss; he was essentially a good man.

With half of the 220m electorate failing to vote, he also believes that there should be some fine or punishment for those who fail to exercise their democratic right, which he added many died for.

McCourt, who unsuccessfully ran as the 2006 Green Party candidate for governor in New York State, said he believes Trump “has all the cunning of a rat, but is not that bright”.

“When he was elected there was this feeling that it was an enormous tragedy, much the same as when Kennedy was assassinated, or when 9/11 occurred. The mood has been shockingly dark and gloomy, with people speaking in hushed tones,” he told the Leader, from his home in New York.

In relation to his main opponent, the Democratic candidate, Hillary Clinton, he said: “I liked her better. I do like her, but she ran a deadly humourless campaign, and should have been more light-hearted.”

“A lot of people in voting for Trump voted against their best interests. He does not have a mandate - he was selected, rather than elected,” he said, referring to the popular vote - which was claimed by Clinton, while Trump claimed the electoral college vote.

“The talk of building a wall [in Mexico] is a lot of old rubbish. He has fooled a lot of people with that sort of talk. What he has told people he is going to do, cannot be done, such as reviving the steel industry or the automobile industry in middle America.” He said Trump's vote was much larger than anticipated because people under-estimated that “the religion of America is capitalism.” The irony, he said, is “that guy has never built one single habitation for a poor person.

“It's disgraceful, and he has fooled 60m people. Hell hath no fury like a worker scorned - when they realise that they have fooled by him.

“He played on the fears of people who are afraid and fearful. He acted like the messiah. I think he will serve the four years in office, but it will be a very rough time for America, because there will be such anger and discontent.”

“In my 64 years here, America is oddly fair. Underneath all the difference, what all people want is relatively simple - a reasonable job, with a reasonable wage.”

While Michelle Obama is already being mooted as a potential Presidential candidate in 2020, he said: “Michelle’s time will come, but my preference would be for Elizabeth Warren, and Bernie Sanders, as vice president – that would be terrific.”