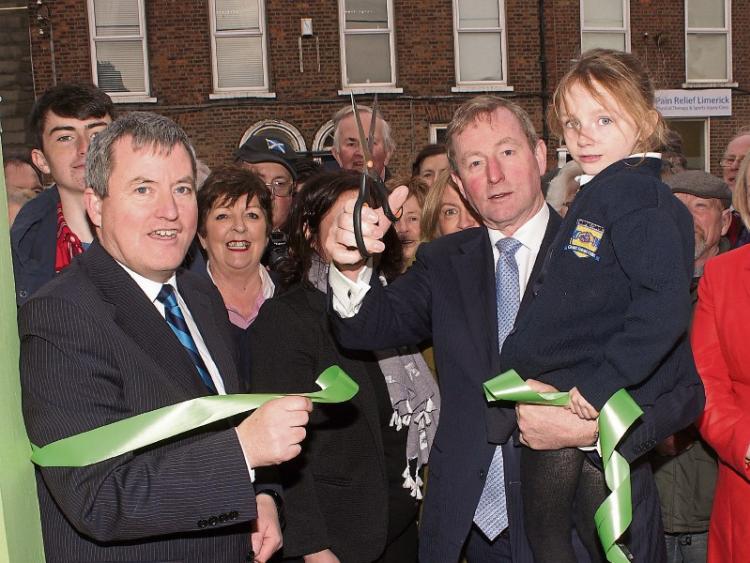 Speaking at the opening of Senator Kieran O’Donnell’s new constituency office in Mallow Street this week, the Taoiseach said he was confident his party will recapture its seat in the city.

It was Mr O’Donnell who was one of the party’s high profile casualties at February’s election, after he was edged out of the final seat by Labour’s Jan O’Sullivan.

Speaking to reporters, Mr Kenny said: “I feel Fine Gael is strong in Limerick. We are in the process of restructuring. We want to rebuild and regain seats we have lost. We are going to look at that, and hopefully get back our two seats in Limerick and hold onto the two we have in Limerick County. It is about making decisions in the interests of the people generally.”

He added: “We expect to get back two seats in the Limerick constituency, and add them to Patrick O’Donovan and Tom Neville in the neighbouring constituency to bring our Fine Gael team to four here.”

Mr O’Donnell added: “We are open for business. We are looking to get that second Fine Gael seat back that we lost by the narrowest of margins, and no stone will be left unturned.”

He also praised Mr Kenny, adding: “The Taoiseach has put together a government against all the odds, which is proving to be successful, and I want to pay a tribute to him for that. I don’t think anyone else would have been able to put it together.”

And he urged the leader of the country to progress the Limerick-Cork motorway, saying: “It is the single most important infrastructural project for this region”.

Senator Maria Byrne – whose constituency office is in nearby Henry Street was present at Mr O’Donnell’s office opening, as were a number of metropolitan district Fine Gael councillors, and the former minister Tom O’Donnell, a nephew of Kieran’s.