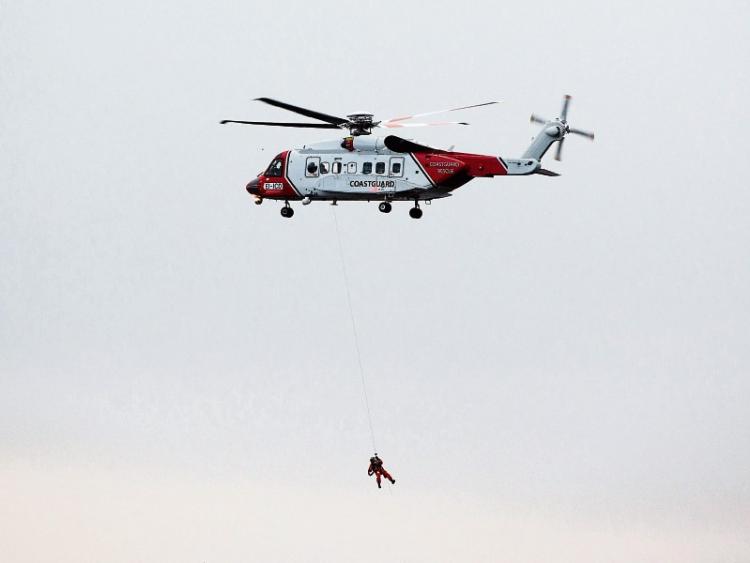 The Shannon-based Coast Guard helicopter has successfully airlifted a crewman from a fishing vessel more than 160 miles off the coast of Loop Head.

Rescue 115 was dispatched on the long-range rescue mission after assistance was requested during the early hours of this morning.

The operation, which lasted for several hours, was coordinated by personnel at the Coast Guard Marine Rescue Centre in Valentia who were initially alerted by the Irish-regisistered fishing vessel, via hi frequency long range radio.

The injured crewman is expected to be transferred to University Hospital Limerick later today.

Weather conditions during the rescue operation have been described as challenging with North Westerly winds exceeding 30 Knots.

However, this is well within the operating limits of Rescue 115.

The condition of the crewman is not known.