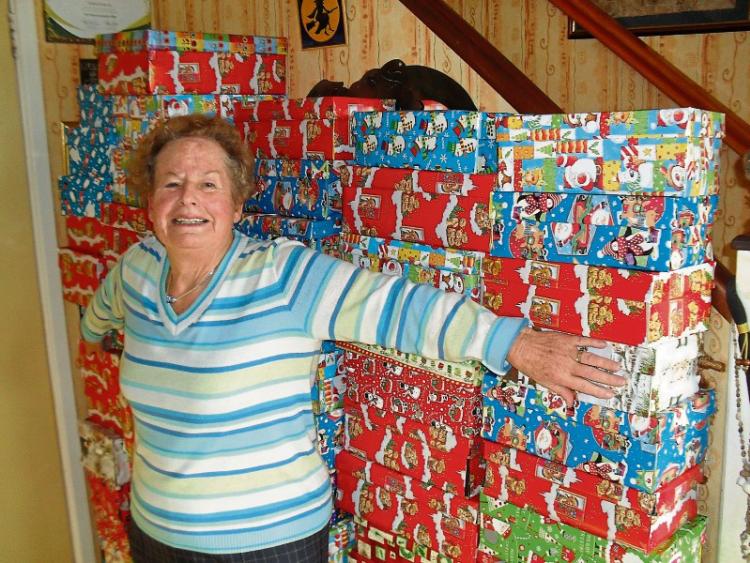 WHEN Sigi Schoeneck was forced to leave her home in Freiburg in south west Germany’s Black Forest, she left with her mother Klara and just the clothes on their back.

“We were shipped off to some relations in a mountainous area where there weren’t too many bombs. I was very sad because I had no toys at all.”

Sigi was six. It was towards the end of the Second World War.

As well as enduring the sadness of leaving behind her father Albert, the little girl had to say goodbye to her “lovely little doll”.

“I had a lovely doll at home that I couldn’t bring,” Sigi recalled as she packs the last of her 124 shoe boxes into her Toyota car ahead of the journey to Unit F3 LEDP at the Old Krups Building.

A big metal container has been provisionally booked to arrive at the unit on the evening of November 24. Physically, it will transport some 10,000 shoeboxes to some of the remotest and poorest parts of Africa. Symbolically, it will carry a ray of hope to the thousands of children who think they’ve been forgotten by the world. 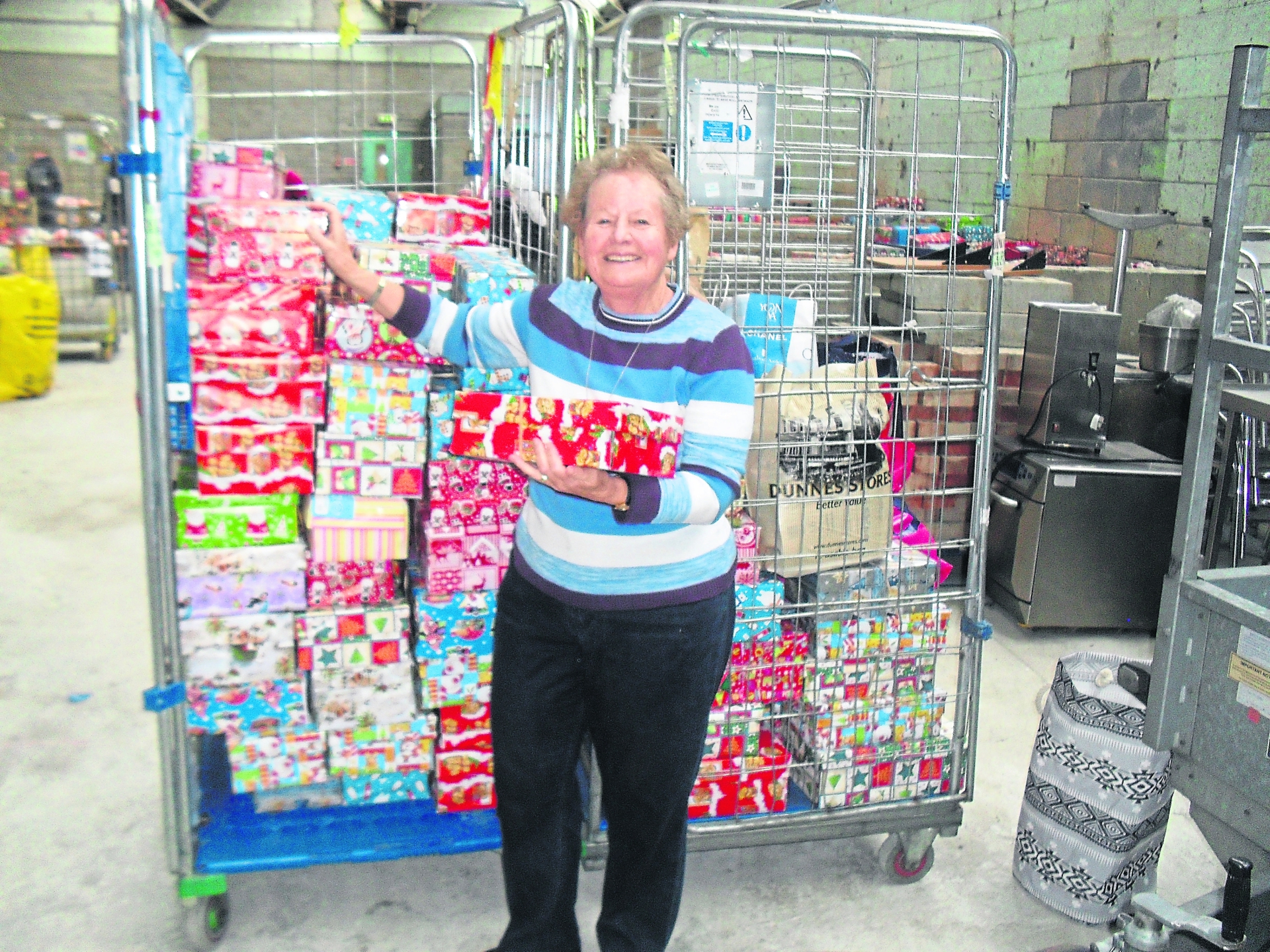 Back in the remote mountainous area, young Sigi was struggling to come to terms with her new surroundings when she was handed a brown paper bag.

“I have never forgotten the moment,” she smiles this week.

“I opened it and there was a little doll inside it. For me it was like heaven.”

Despite it being several decades ago, Sigi can recall every last detail from that moment and what the small gesture meant to her.

“I was sitting on a wooden bench. I had three or four cousins around me, they were all older than I was and one of them said to me, ‘open that’.

“There was a doll. It had a pink dress on. It was actually a doll to keep eggs warm. The little pink dress had little pouches and I could put stuff into those pouches. I could remember that distinctly. It was absolutely, you know, beautiful.

“And I remember saying to my mam, ‘Look mam, we don’t have to go home anymore’ I had the doll. I will never forget that moment.It meant the world to me.”

Four years ago, while in a second-hand shop in Limerick Sigi spotted a doll. Memories of the wooden bench and the pink dress came flooding back and she said to herself ‘Gosh, wouldn’t that be nice in a Christmas shoebox’

That year Sigi made two shoeboxes, the following year, she made  four. “I gave them to the school, the local school, Caherdavin National School.

“Then I decided to go in a bit bigger,” she smiles.

“My car is choc-a-block full with boxes and a neighbour is helping me as well - she has her car full also.  I have 124 done. The first 30 are gone already to the centre in the old Krups factory - that’s where we’re off to now with the remaining 94. I have 62 and my friends has 32.”

Sigi works on the shoeboxes the whole year round. She will never meet the recipients but each of the boxes - which were sourced from Gleeson’s shoe shop in the city - are wrapped with tender loving care in brightly coloured festive paper.

“There could be 15 items in each one - sometimes you have smaller bits to fill out the corners.”

“I’ve everything in them - toys, toothbrush, toothpaste, a skipping rope, one piece of clothing maybe a T-shirt  or something like that.”

The boxes are targeted at two ages groups  -  two to four year-olds and five to nine year-olds.

“I change them up for boys and girls. For a boy I would have a toy car or play cards,” explains Sigi who now resides on Sheelin Road, Caherdavin.

So how did a girl from south east Germany end up in Limerick?

“I went to England first,” she explains. “I wanted to improve my English. I worked in a hotel and I was sitting in the staff room when one day a lovely young fella came towards me and said, ‘I hear that you want to learn English’.

“I said, ‘that’s right’ and he said, ‘I want to learn German - would you help me with my German if I help you with your English?'”

”He came to Germany for about two months and said ‘everybody is crazy over here - you come to Ireland’.”

Sigi  agreed to go for six months. She has been married to the “lovely young fella,” Patrick Murrihy from Farranshone for 52 years now.

Sigi worked as an interpreter as well as a tour guide throughout Ireland for over 30 years. She also lectured German in UL and in the College of Hotel Management in Shannon.

The couple have three children - Tanya, a garda, Esther, a special needs teacher and Oliver who lives in Germany and works with a building supplier company.

When asked to cast her mind forward to Christmas and the moment the young children in Africa finally tear open the shoeboxes, Sigi smiled at the thought and remarked: “If I could only give the children half the joy I had when I got that little doll I will be quite happy!”