400 people gather at the Strand Hotel for annual gala 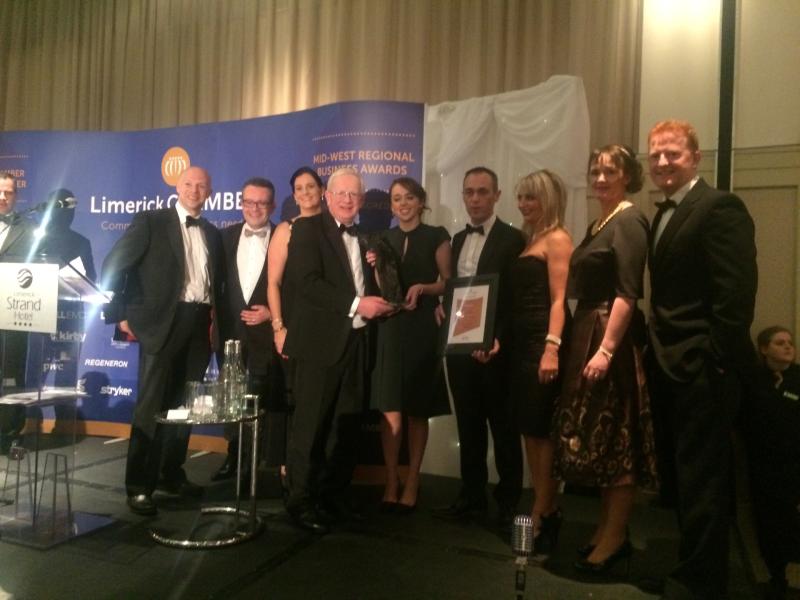 DELL EMC has been crowned Limerick’s business of the year at the annual Chamber awards.

More than 400 local business leaders and government officials were at the Strand Hotel this Friday evening for the annual gala, which doubled as Chamber president Catherine Duffy’s annual dinner.

Nine businesses and community groups were honoured at the black-tie event, while there was a special prize for Mungret man John Moran, a former secretary general at the Department of Finance and ex-board member of the European Investment Bank.

Based in the Raheen Industrial Estate, the overall winners Dell EMC exist to develop high-tech cloud-computing products, data storage, and other products and services.

A major employer in Limerick, the firm has more than 1,000 staff on its books locally.

It was the second prize of the night the company won, earlier taking the prize for the Best Large Business.

Cliona's Foundation won the prize for the best community enterprise, while there were also prizes for Flying Tiger and Home Instead Senior Care.

Addressing the awards at the start of the night, Chamber chief executive Dr James Ring said the business group's new efforts in lobbying are starting to bear fruit.

"We have just seen an example of this in action with this week's announcement the M20 preliminary planning is to recommence.

"This followed on from the corporate partner's most recent dinners with Michael Nolan, CEO of Transport Infrastructure Ireland as well as Minister Michael Noonan who were both left in no uncertain terms of the importance of the road for balanced regional development," he told the audience.

- For more, see Monday's Limerick Leader and the broadsheet editions on Thursday