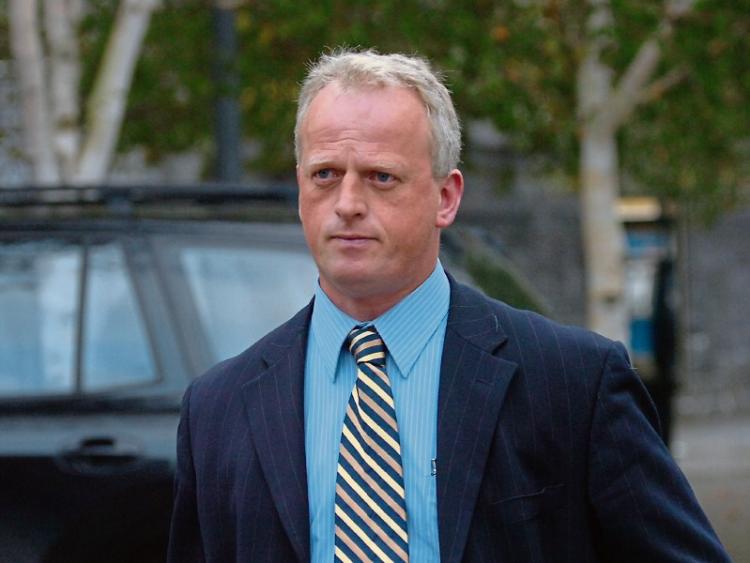 Solicitor John Herbert sought a dismissal of the case

A YOUNG man who crashed into a tree during Storm Desmond, avoided a conviction for drink driving as a garda witness was not available to attend court.

Gerard Murphy, aged 22, who has an address at Fox Hollow, Golf Links Road, Limerick was prosecuted following an incident on the campus of the University of Limerick in the early hours of December 5, 2015.

During a contested hearing, Garda Raphael Liston said when he arrived at the scene of the single-vehicle accident at around 2.30am, he observed a blue Nissan Almera which had struck a tree near a roundabout.

He said the front of the car was extensively damaged and that the defendant admitted to him that he had been driving the vehicle when the accident happened at around 1.50am.

Garda Liston told Inspector Paul Reidy the defendant’s speech was slurred, he was unsteady on his feet and that there was a strong smell of alcohol from his breath.

Mr Murphy failed a roadside breath test and a subsequent analysis of a breath sample showed a concentration of alcohol twice the legal limit.

Cross-examined by solicitor John Herbert, Garda Liston agreed the defendant was cooperative on the night.

When asked if he believed Mr Murphy was in shock, the witness replied: “He was okay, he was coherent”.

Garda Liston accepted the accident had happened around 40 minutes before he arrived and he agreed that he could not account for what happened prior to his arrival.

Garda Tadgh Reeves, who was on duty at Henry Street garda station, said the defendant told him he had been drinking between 6pm and 7pm the previous evening and that he noted there was evidence he had consumed alcohol.

After Insp Reidy said he could not progress matters as another garda witness was not present in court, Mr Herbert asked that the case be dismissed.