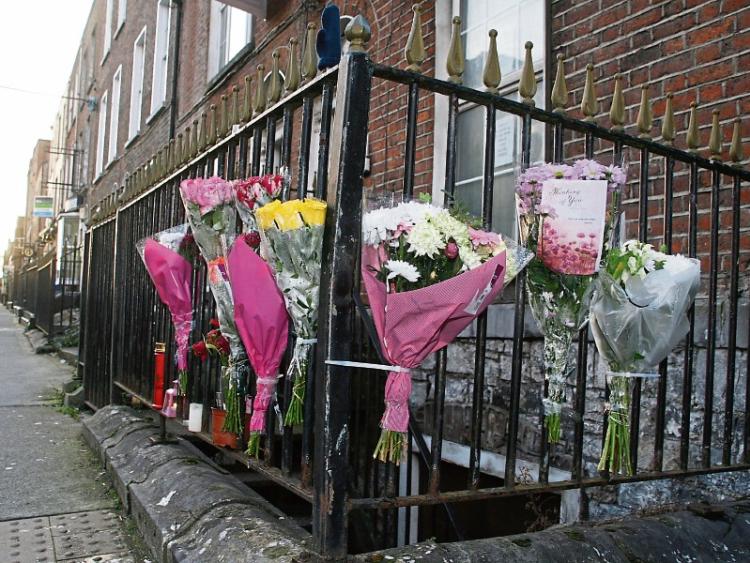 Flowers and candles are left on Catherine Street, at the scene where Louise Casey died

IN THE end, it was heartache that killed Louise Casey.

Her family always knew she would die young, but not this young, not at 31, and not in the manner in which she slipped away.

Others will take a different view – that drugs killed her, that she didn’t help herself.

Within the past decade, Louise, who had epilepsy, suffered three bereavements within quick succession – that of her father, and two of her four young children. 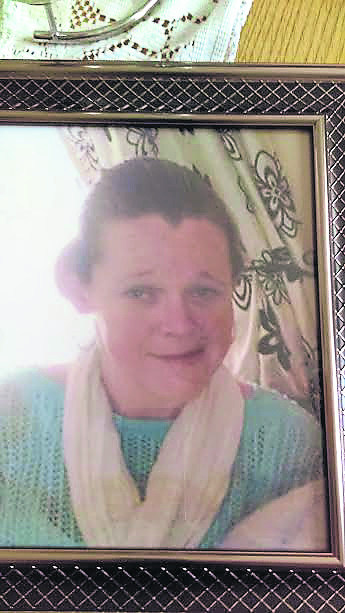 But no one could deny that she didn’t deserve to die in the stairwell of a vacant building on Catherine Street, where she had taken shelter from the cold, comforted with just a sleeping bag and a few pieces of cardboard.

Last Tuesday morning her sister Linda defrosted her car in Castletroy before bringing her kids to school and going to work.

It was below freezing the night before. As she went about her everyday routine, thinking of her sister, whom she couldn’t reach on the phone, a sad discovery was made in the city centre.

Louise’s body was discovered at 11.50am.

“We can’t believe that she died outdoors, while we were all cosy in our beds. Can you imagine how she felt? I can’t. She did die sad.

“She couldn’t keep going the way she was in town, going from here to there,” said 36-year-old mother of five, Linda.

Gardai told the family that she was found “curled up”, making them rule out a seizure from epilepsy as a possible cause of death.

Her family will understand if her death was drug-related, such was the pattern of her life in recent years, but if it was due to the cold weather – and the lack of an available bed in the city – it will make it harder still to process.

They keep asking themselves: ‘Why didn’t she call one of us?’

Her family don’t know if anyone was with her the night she died, but they believe there must have been.

She wouldn’t have slept on the street alone, they said. She would have been too afraid of what could have happened.

CCTV footage from the area is being examined by gardai to determine Louise’s final movements, and who, if anyone, was with her, though they have ruled out foul play.

To compound the family’s sense of tragedy another sister lives on Mallow Street, just a stone’s throw from where she was found.

She had stayed with her for a time, but largely had been in and out of McGarry House on Alphonsus Street for years.

She wanted her own space, and after spells of living with different family members, telling them ‘I’m clean’ or ‘I'm on nothing now’, she would take off again, into a world that kept drawing her back.

Last Tuesday morning, Louise’s family saw via the Limerick Leader account on Facebook that a woman had died on Catherine Street.

Her family had been trying to contact her for days, but with no answer.

Her niece Shannon saw her in the city on Sunday night. ‘Well Shannon,’ Louise said, in the carefree, cheerful manner, which many know her by, and continued on her way.

She always used to send them a text saying ‘goodnight’. But not that night.

Born on June 1, 1985, Louise was the second youngest of five girls, and one boy.

Her father Michael called her ‘BuBu’, his affectionate nickname for her, because for a long time she was the youngest, until her sister Simone arrived 10 years later. Louise was the apple of his eye.

“She was no angel, but she never brought guards to the door. No one came knocking for her. Whatever she did herself, she kept it away from the family. She was quiet, God help us. She was wild at times. She’d break his heart, and my mother’s heart. But she was harmless really,” said Simone.

Michael passed away suddenly at the age of 50 after falling in the city centre.

By then, Louise’s life was already starting on a downward spiral. Her baby boy Ian, who was born prematurely, died an hour after his birth in Limerick. Then her little girl Mia died at four months old of other health complications.

Louise found heroin – her first and only drug of choice.

“His death took her down an awful lot. After that my mother took in her son Christopher [her eldest]. He thought the world of her,” said Simone.

Christopher is now aged 10, and her daughter is living with a sister of another partner of Louise’s. They see each other every day.

“Before our dad died she was great; great with her kids, great with my kids. Then when two of her kids died she went the other way. Unfortunately she met the wrong people, she went down the wrong road, and we did our best to get her back.”

On receipt of her disability allowance each Wednesday, Louise would buy her Amber Leaf tobacco and a €3 bingo card. Some €90 a week would also go to McGarry House for her food and accommodation each week, if she chose to stay there.

“She’d have nothing left by Thursday,” adds Linda.

The Caseys grew up in O’Malley Park in Southill, then moved to Eastham in London for a few years, as Michael went to work there. They moved back to Columcille Street, St Mary’s Park. The majority of the family now live there.

Louise’s grandmother had 11 children, and now at 79, counts nearly 100 grand-children. She had a wide circle; a lot of love and support, and people who regularly lent out a helping hand.

But she didn’t always want to catch it.

She didn’t talk to her family about her problems, or her grief. She didn’t go for counselling. The streets of the city became her new home, a place where she felt more comfortable with other broken souls.

“She kept everything in,” said her sister Pauline. “She left us all heartbroken. We thought she’d go first, but the way she was found…Everyone is entitled to a roof over their heads. No one is perfect. We’re all human. For someone who was on drugs, she had a heart of gold. She didn’t want to bother anyone with her troubles.”

Her sisters never gave her money for her birthday. They’d always buy her clothes, and tear the tags off so that she wouldn’t try to return them and get money back for drugs.

“If anyone understood her addiction-wise, I did. I felt her pain, her loneliness, everything,” said Pauline, 34, who has overcome her own struggles.

She tried to bring her to meetings and get professional help.

“She wasn’t ready. She was never ready. She’d engage with services, but when she knew it was getting serious she was gone. There was only so much you could do. It got the better of her; she was too deep into it.”

“The doctors told her if she didn’t give up the drugs she’d be dead within a year,” added Linda.

“She was in hospital for 13 weeks. My mother brought her in here, to her single bed, she was off cigarettes, everything. But Louise couldn’t do here what she did on the streets, not with other kids here. How many times did we go into town and tear her out? We tried to get people to stop selling drugs to her.

“She stayed with me for three nights last month, and then she was up and gone, doing her own thing. It took me six months to get her into rehab. Every day I had to meet up for her detox, before she went into Beaumont. She was in there for nine days, and then we heard she walked out, after all the months on the waiting list to get her in there.

“There’s only so much your body can take. Her life was sitting in the soup kitchen [on Hartstonge Street] all day, and walking around the streets,” said Linda.

“If we knew she was homeless, of course we would have taken her in. She told us she was living with a friend, and of course we believed her. It’s so hard to believe where she was found. We did everything for her, we did,” said Simone.

“We can’t blame anyone. She chose that life. It was her life to choose.”

“She liked mostly to be on her own. She liked to live quietly.”

An inquest into the cause of her death is awaited in the coming months. They are waiting to get all her personal belongings – mostly pictures of her children.