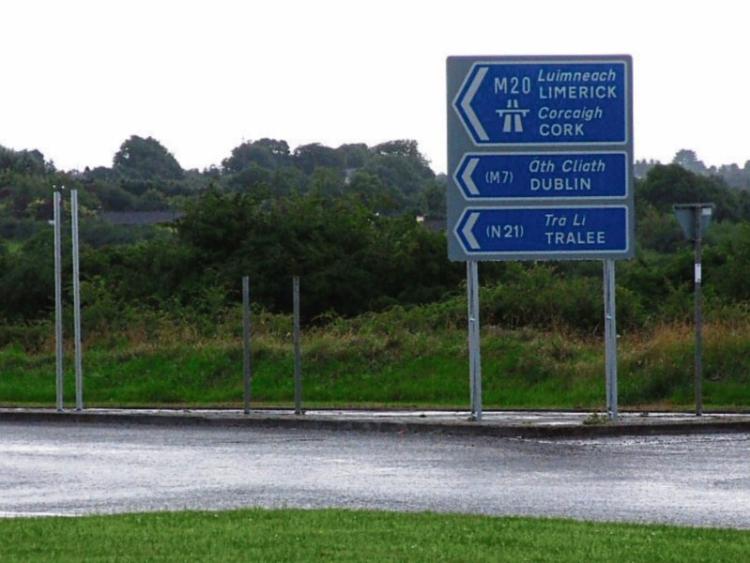 TRANSPORT minister Shane Ross has confirmed an allocation of €1m to re-start the planning process on the Limerick to Cork motorway project.

Hopes that the M20 motorway will get off the ground received a boost this week with news of the funding and confirmation from the Transport Infrastructure Ireland (TII) that it has received approval from Shane Ross to re-start the planning process.

The proposed Limerick-Cork motorway has long been on the table, but was shelved in 2011.

However, it has been confirmed this week that the planning process would be reactivated in advance of the Mid-Term capital review to take place in 2017.

This Wednesday, Minister Ross announced a funding injection of €1m for the much-anticipated project, which was welcomed by Labour TD and former education minister Jan O’Sullivan, who said the motorway was “crucial for the continued economic development of the region, job creation, and as a potential hub for further trade and foreign direct investment”.

"The road between Ireland's second and third cities is totally inadequate and approval to start the process of upgrading it is very welcome,” she said.

“It will be important to maintain momentum until the project is completed. A good quality road between Cork and Limerick will make a huge difference, in conjunction with the work nearing completion on the Limerick to Galway route in getting a better regional balance so that population, prosperity and growth can develop in the western half of the country to match the Dublin region.”

“We have had the development of this motorway as a priority for quite some time and it was a central plank of our pre-budget submission. The message we have been getting loud and clear from the powers that be is very much that we should proceed on the planning side and get the way cleared,” he said.

However, Fianna Fail TD Niall Collins warned that the developments this week were “only the start” of this project.

He said that without funding being committed to this project in the next number of budgets, no significant progress will be made in its delivery.

"Politicians claiming credit for getting the planning process re-started must now ensure that the funding is delivered to start and complete the project," he said.

“Only last week, I raised it in the Dáil and have, unlike those new to the campaign, been a consistent advocate for the project for a number of years.”

“This is an important infrastructure project for the whole of Munster. It will generate a significant number of jobs, and increase connectivity between Cork and Limerick."

“Fianna Fáil has been consistently clear in its support for the M20 project, and I am urging the Government to move on from the planning process, and commit funding to ensure its delivery as quickly as possible,” concluded Collins.

Senator Kieran O’Donnell said the “re-engagement on the planning process gives much needed momentum to this vital project”.

“The timing is good as this re-engagement on the planning process gives much needed momentum to the vital M20 motorway project in advance of the Government’s Mid-Term Capital Review," he said.

"If we are serious about balanced regional development in this country, it is crucial that the two largest cities outside of Dublin are connected by motorway."