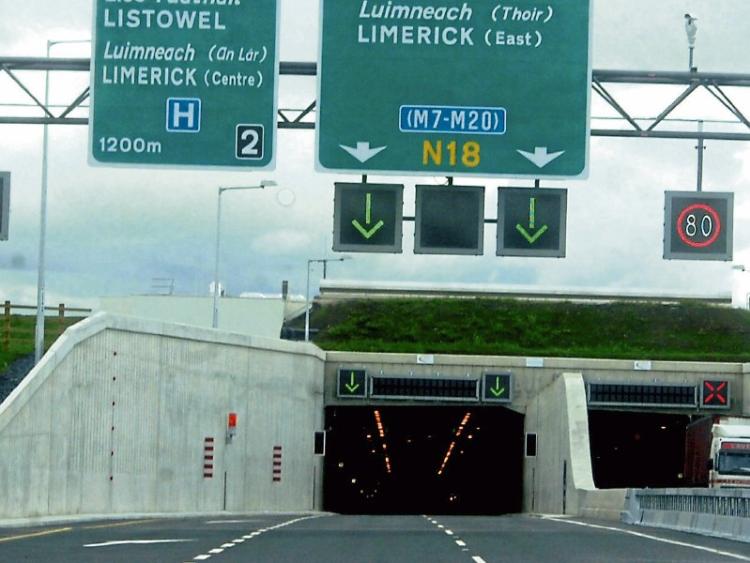 THE Limerick Tunnel has fully re-opened following two separate collisions which resulted in both lanes being closed for almost an hour.

Both accidents happened within minutes of each other shortly before 9am.

A spokesperson for Direct Route, which operates the Limerick Tunnel, has confirmed both accidents have been cleared and that both lanes of the tunnel have fully re-opened.

There are no reports of any serious injuries as a result of either incident.

Separately, traffic has returned to normal following an earlier road collision on M20 between Banogue and Croom.

The accident happened shortly after 8am and three units of Limerick Fire and Rescue Service from Rathkeale and Kilmallock attended the scene for over an hour.