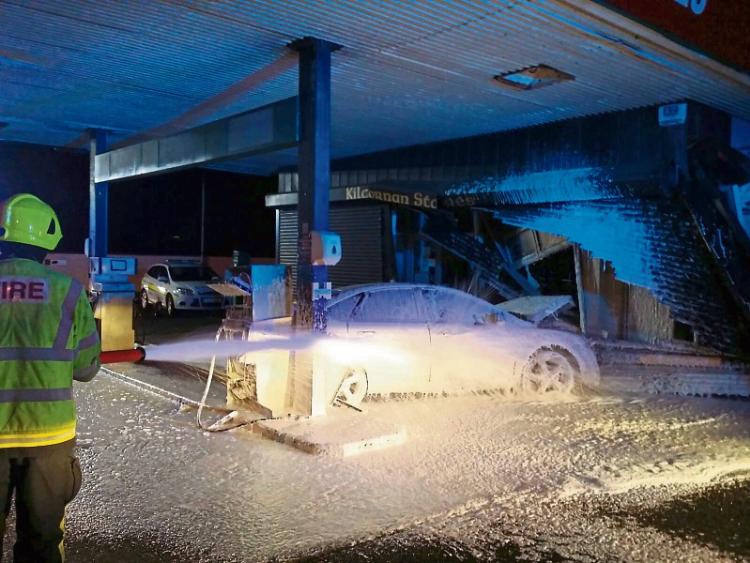 Limerick Fire Service at the incident in Kilcornan

EMERGENCY services attended the scene of an accident in Kilcornan on Tuesday night in which a car crashed into a filling station.

The vehicle left the road while travelling on the N69 towards Limerick city shortly after 8pm.

It is understood that the two male occupants of the car were taken away by ambulance for the treatment of minor injuries.

Three units of the Limerick Fire and Rescue Service from Rathkeale and Foynes attended the scene after receiving a call at around 8.20pm, and remained there until shortly before 11pm in case of fire.

The shop, which has been closed down for some time, had its front wall and window demolished.