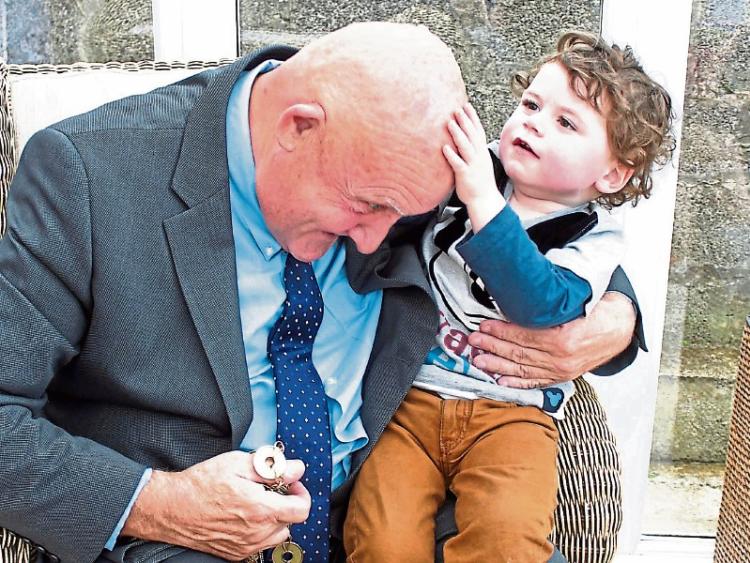 Neil Shanahan, pictured with Mayor Kieran O'Hanlon, will switch on the Christmas lights in Limerick on Sunday

THE turning on of the Christmas lights this Sunday is set to kickstart five weeks of seasonal celebrations in the city.

Thousands of people are expected to attend the turning on of the lights by three-year-old Neil Shanahan who miraculously survived a fall from the sixth floor of the Strand Hotel earlier this year.

Neil, accompanied by his parents Martina and Mike, has made huge progress since July and will be centre stage in what promises to be an unforgettable evening.

An array of Christmas festivities will get underway at 4.30pm culminating in the turning on of the lights at 6pm.

There will be performances from a number of bands and singers as well as  soprano Sinéad O’Brien and the Unity Gospel Choir.

Santa himself will, of course, be present and there is also a possibility of snow with temperatures set to plummet for the weekend.

“Limerick has had a great year in terms of economic progress and we have a lot to celebrate.  Neil’s miraculous recovery is one of the great stories of the year and he is a real beacon of hope for all to latch onto, not least at Christmas,” said Cllr Kieran O’Hanlon, Mayor of Limerick City and County.

The local authority has invested around €100,000 this year on miles of new LED lights which will make up the brand new Christmas display in the city centre.

“We have much to celebrate in Limerick today as it’s a city very much on the up and Limerick City and County Council, supported by Limerick Chamber, is making sure that the rise in sentiment and confidence here permeates Christmas also.  Whether it’s coming to shop or socialise in Limerick this Christmas, people will definitely feel the air of celebration,” said James Ring, CEO of Limerick chamber.

Those intending to attend the turning on of the Christmas lights outside Brown Thomas are being advised to turn up early.