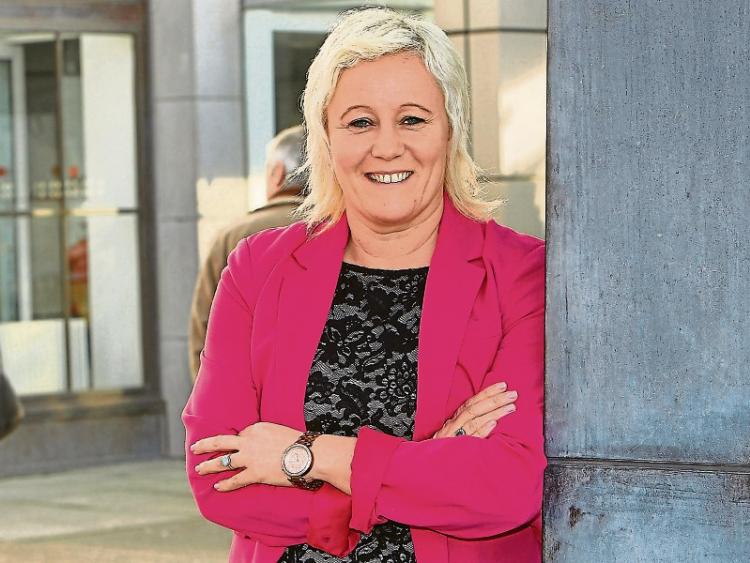 Colette Cowan - delay has created a lot “disharmony and upset”

TALKS are expected to take place later this week in an effort to resolve an impasse which has delayed the opening of a new dialysis unit at University Hospital Limerick.

The state-of-the-art 24-bay-unit is located on the first floor of the new extension block at UHL on the same floor as the hospital’s new intensive care unit.

The unit did not open as planned on Monday after concerns were expressed by members of the Irish Nurses and Midwives Organisation.

Mary Fogarty, industrial relations officer with the INMO, says members have concerns in relation to the future funding of the unit.

“We were told quite categorically that the unit would not open until they received their Letter of Determination from the HSE – that is the letter from the Department of Health that would detail all the funding because it is much bigger unit, it requires much more staff – but they haven’t received that,” she said.

Colette Cowan, chief executive of the UL Hospitals Group, says she hopes a resolution to the impasse can been found quickly.

“We would like the unit to open in a timely manner, these patients are like family. They come into the hospital three times a week for dialysis treatment. They deserved it, the unit they are in is very small and I think we should be able to negotiate and get it open as quick as possible,” she said adding that the delay could have an impact on the opening of the hospital’s new emergency department.

“​I need it open in the coming days as we need to progress the new emergency department – part of that is the old dialysis unit has to be knocked down,” she said adding that builders had been due to begin the demolition work this week.

In relation to the future funding of new unit, Ms Cowan says she is not is a position to give any guarantees.

“At the moment they need a guarantee from us – we can’t give that guarantee other then that we are going in move in there and use the (new) facility but we cant pre-empt the next five years,” she said adding that the HSE’s national service plan will determine the level of ‘future-proofing’ for the new unit.

While the matter has been referred to the Workplace Relations Commission (WRC), Mary Fogarty says INMO members have concerns other than the future-funding of the unit.

These relate to the allocation of car parking spaces for staff who are rostered on a late shift as well as patent safety.

“For example the service will no longer be there overnight it will revert back to finishing at 11.30 at night – if they have no beds (in the main hospital) where do the patients go?” she said accusing management of engaging with the INMO in a ‘haphazard’ manner.

“Our members are at the end of their tether, they want this unit to be open and they want it to be safe and they want to have all the staffing and issues in place,” she said.

Colette Cowan says the delay in opening the new unit has caused a lot of  “disharmony and upset” but that she hopes matters can be resolved once talks get underway between the parties.

A date for talks at WRC had not been confirmed.