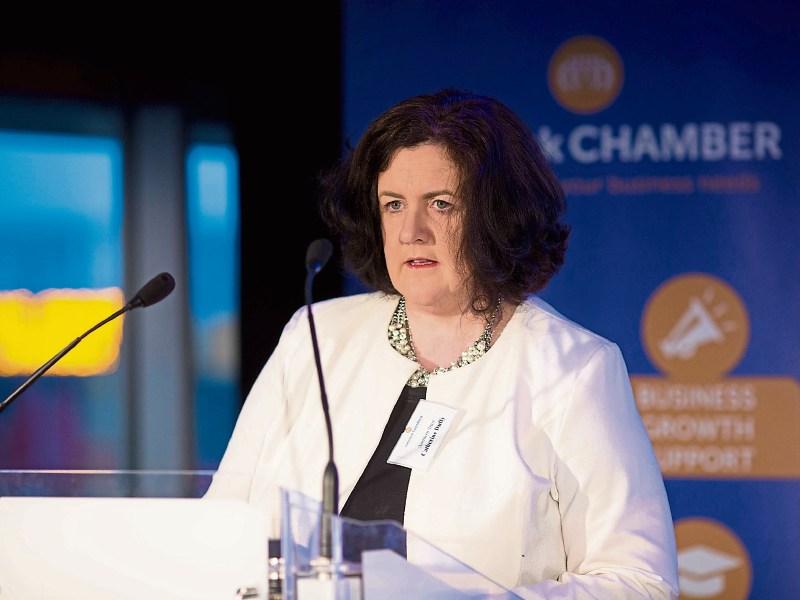 THE shortlist for the Limerick Chamber Regional Business Awards reflects the “positivity and opportunity” around doing business in the city.

That’s according to Chamber president Catherine Duffy with just days to go until the black-tie event in the Strand Hotel, which is sponsored by the Limerick Leader.

From family businesses to small firms, retail shops, sports art and culture, and a new community award, companies across Limerick will be honoured at the black-tie dinner on Friday night.

Some 22 companies have been shortlisted for awards across eight categories, including best large company, best in corporate social responsibility, best family business and best services business.

While eight companies will win separate prizes, one of these will also be named Limerick’s Company of the Year and win the top Chamber award for 2016.

Ms Duffy will also give a special award to a party or individual she feels particularly deserving.

Well over 400 people are set to attend the awards, with the audience set to be made up of business and political leaders from across the region.

Ms Duffy, who is also the general manager of Northern Trust in Limerick, believes the final business awards of her two year presidency will serve as a “very positive barometer” of the region’s business health.

Ms Duffy says: “Limerick is today a very different place from what it was five years ago and the progress since the beginning of 2014, in particular, has been tangible. In the three years since, there have been 7,800 jobs announced for Limerick and its environs. That’s a transformational change for a city and county of this size.”

Ms Duffy, who will complete her two-year term as Chamber President next spring, said that there has been many reasons as to why Limerick is on the up.

“There really is a pro-business environment here and a very positive thing for Limerick and the region also is that all the key stakeholders and business drivers, from Shannon Group to Limerick City and County Council and from Shannon Foynes Port Company to our third level organisations, are progressive entities that have set ambitious targets for growth. They are all going the same direction, which is up,” he said.

And Ms Duffy believes Limerick is Ireland’s most competitive city to do business.

This, she says, is because it is: “blessed by having at its doorstep pretty much everything it needs to succeed – an international airport, a quality port authority, great road network, third level institutions and a local authority that has illustrated its support for business.”

Among the nominations, two companies – the Shannon group and Regeneron – are nominated twice in separate categories.

Now in its sixth year, this year’s awards will see the introduction of a new accolade for ‘Best Family Business’.

An ‘Overall Business of the Year’ award will be chosen from the eight categories, while there will also be the President’s Award, which goes to a Limerick person or group who has made a specific and significant business/economic contribution.