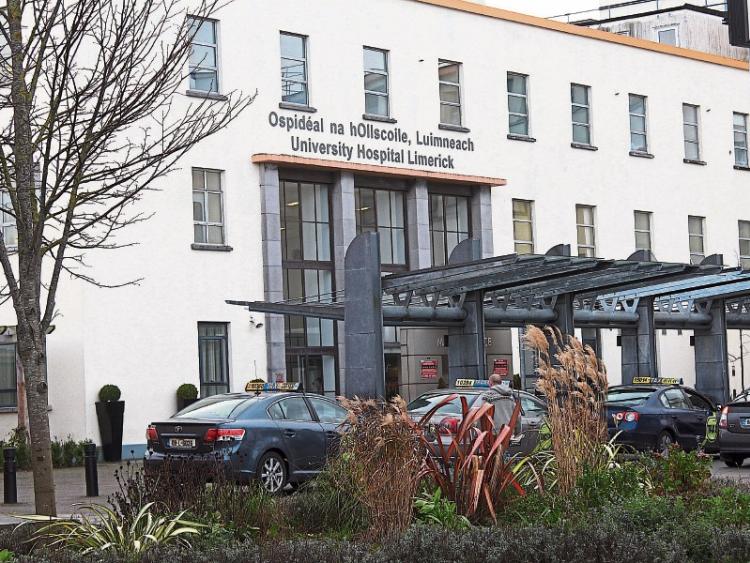 The acute psychiatric unit is located in UHL

MORE THAN 3,000 patients have been admitted at University Hospital Limerick’s acute psychiatric unit, also known as 5B, since 2010.

This is according to figures received by the Limerick Leader from the Health Service Executive, under Freedom of Information.

And though figures for 2015 show a significant 16% decrease in the number of patients being treated in 5B since 2010, the rate of admission has slightly fluctuated between 2013 and 2015.

The maximum bed capacity in the unit is 50, and 52 staff members assigned to the unit, with input from medical staff, allied health professional staff from the community mental health team.

The Limerick Leader has published a number of firsthand accounts of patients’ experiences in the unit. In 2015, former patient Mary Milburn, Patrickswell, described the unit as “hell”, while another former patient, Leona O’Callaghan, from Castletroy was often “petrified” by the violent atmosphere during her treatment.

Both wrote open letters following their experiences. After Ms Milburn’s story was published in December 2015, she received a written apology from the HSE this February. Ms Milburn, who met with HSE officials on a number of occasions, called for improvements to be made for the service.

These improvements arrived on March 16, when the psychiatric unit completed a “comprehensive redevelopment” at a cost of €7.5m, providing the 50 inpatient acute beds for patients in the Mid-West.

A spokesperson for the HSE said that the service now offers “clients a high spec, modern, bright and spacious environment in which to receive treatment to aid in their recovery.

The spokesperson said that a key feature of the project has been the involvement of patients to ensure “that all issues and concerns were addressed with appropriate actions and controls put in place to manage risk.

“The cooperation and assistance of the various service areas and service users in facilitating the development is acknowledged and appreciated.”

The HSE Mid-West added: “The project has delivered a high spec facility to cater for the complex needs of those with acute mental health difficulties. It is the hope of the HSE Mid West Mental Health Services that the new Unit will aid people’s journey to recovery in an environment that is reflective of modern healthcare delivery.”