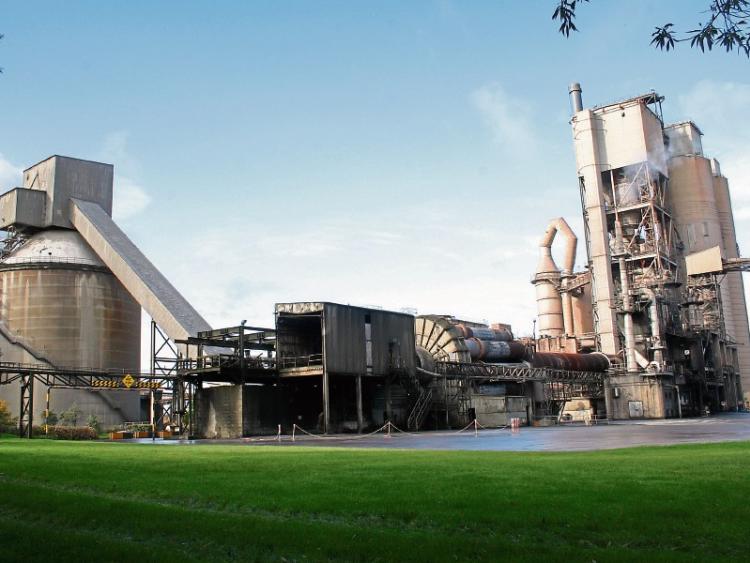 Irish Cement has been criticised for ‘scaremongering’

IRISH Cement bosses have been criticised for playing a “public poor mouth” in Limerick after claiming jobs could be lost if the firm does not get permission to use alternate fuels.

In an interview with the Limerick Leader recently, the company’s head of communications Brian Gilmore made the stark warning over the 80 roles at the vast factory in Mungret.

The firm is seeking to move away from burning fossil fuels to burning tyres and solid recovered fuel at high temperatures.

Concerns have been raised from a number of councillors and residents at the possible impact on the environment, with fears that burning these materials could produce a number of toxic emissions including dioxins, furans and sulphur dioxide.

Mr Gilmore’s comments have been criticised by a number of local councillors – and now the Limerick Against Pollution coalition has weighed into the row.

In a statement to the Leader, the group pointed to financial documents from Irish Cement’s parent firm, where it states “continued growth is expected in the UK, Ireland and the Netherlands” through 2016.

“It is rather obvious that the public poor mouth from Mr Gilmore does not tally with the figures from the accounts. It is in his interests to lower costs and maximise profits for his bosses so a bit of scaremongering is understandable, especially if it serves as a distraction from their stubborn refusal to hold public consultations or answer sticky questions,” they said.

When asked why it would not hold a public information session, Mr Gilmore said it is easier for people to understand what is being proposed if they are taken around the plant in groups.

But Limerick Against Pollution say the company has not gone far enough in its engagement with the public, claiming just 500 leaflets were distributed.

Irish Cement has consistently stated that switching to alternative fuels will not bring about a rise in emissions into the local atmosphere, pointing to studies in Portugal.

Limerick Against Pollution say: “There are studies which show that while greenhouse gasses such as carbon dioxide may go down, more toxic gasses such as nitrous oxides and sulphur oxides can go up. Even more pertinent, a recent Environmental Protection Agency test done at the plant this summer showed emissions almost 20% above the limits for nitrious oxides,” they say.

The group added: “Irish Cement would like the public to think this is good news and any critics are ill-informed blow-ins or Nimbys, we would like to point out if this factory were run to the same standards and regulated as thoroughly as a German plant, there would not have been 1,000 objections lodged with the EPA about their proposal.”