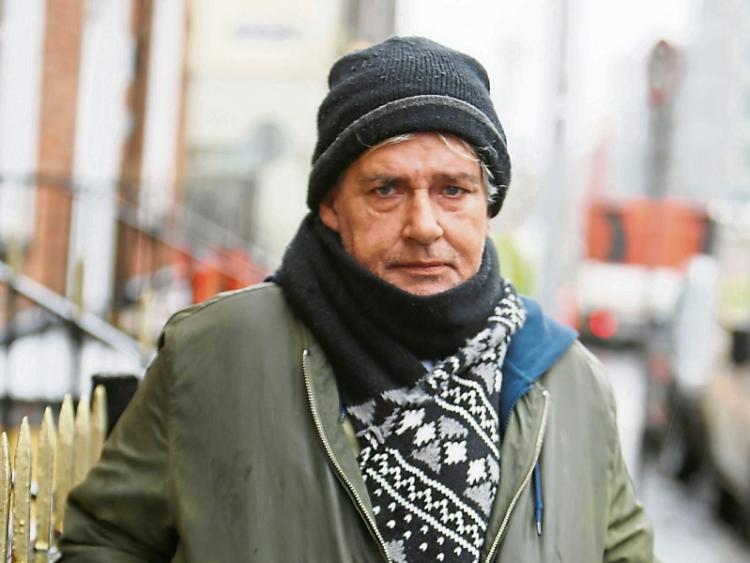 Joe Lynch said he was saddened to hear of the death of Louise Casey -Picture: Press 22

The funeral takes place this morning of a Limerick woman whose body was found in the stairwell of a derelict building earlier this week.

While gardai are investigating the death Louise ‘Bubu’ Casey for the coroner, her death is not being treated as suspicious.

The body of the 31-year-old, who was originally from St Mary’s park, was discovered in a stairwell leading to the basement of a derelict building at Catherine Street shortly before midday on Tuesday.

Joe Lynch, who has been homeless for several months, said he was saddened when he heard of her death.

“It is sad and it is still sinking in that the poor girl died in such circumstances,” said the 55-year-old who is originally from the Ballinacurra Weston area of the city.

He described her as a caring person with a heart of gold.

“BuBu was a very nice girl, she was homeless for the past few years. We used to go to the soup run at 7pm every evening, and we’d go to Mallow Street Hall on a Sunday for dinner,” said the father-of-two who last saw Louise at the weekend.

Mr Lynch said this time of year is difficult for homeless people as the weather worsens and temperatures plummet.

“We are freezing, we are getting drownded and over the past few days I have been walking around shivering and I can’t sleep at night over the cold – I just have one sleeping bag,” he said.

“I had another friend ‘BaBa’ who died a few weeks ago. Everybody in Limerick loved him,” he said Joe who added that most homeless people don’t choose the life they lead.

Meanwhile, Geraldine Clancy of the Mid West Simon Community says the death of Ms Casey shows the need for immediate action to reduce the number of people who are sleeping rough in Limerick.

Una Byrnes of the Novas Initiative, which previously provided assistance to Ms Casey, says action must be taken soon to prevent another similar tragedy.

“We have in some ways become desensitised to the number of homeless people that we experience and I think than no matter who it is they deserve greater dignity then dying on the street on a cold wet winter’s day, it’s not good enough,” she said,

Louise Casey is survived by her mother Esther, son Christopher and her daughter Jadien.