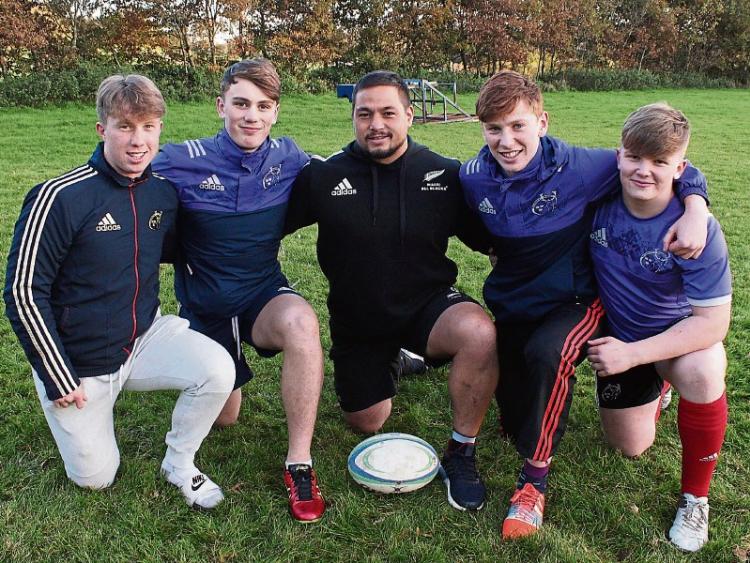 The Maori All Blacks, who play Munster in a sold-out clash at Thomond Park on Friday night, paid a visit to the Castle after arriving in the city.

They also spent the day cruising around on Coke Zero Bikes, which Maori winger James Lowe said was “awesome”.

“It has been awesome, just to hear about the history – it makes you realise how young New Zealand is,” he said, adding that it was “an awesome trip” and that the team was “enjoying the sights of Limerick, can’t wait till Friday”, speaking in a video shared online by the All Blacks.

WATCH | After a full day of travel, the #MaoriABs have arrived in Limerick, Ireland and spent the day exploring the city.#MUNvMAB pic.twitter.com/QQkoQ3KU99

The team trained in UL on Tuesday and at Garryowen and Thomond Park this Wednesday, the latter as part of a Munster kids’ community engagement clinic. They will also visit Caherdavin on Thursday.

At UL, the team trained in the Arena where Carl Hoeft, assistant forwards coach, said Munster were a “great side with a very, very strong set-piece, so we are just going to combat that if we can”.

Asked about the crowd, he said: “I’ve been here before and it definitely helps, they get a lot of energy from the crowd and they are a different team playing at home.”

Kane Hames visited Glenstal on Monday, where Mark Fleming, a student and rugby player from Adare, said the Chiefs star – who became a fully fledged All Black against Australia earlier this year – “put us through our paces”.

“Kane had a great insight to offer to our front row and gave them a few tips to help with this aspect of their game,” said Mark.

“He stayed around afterwards to chat with the players who are injured or on a rest week. It was interesting to get his thoughts on Ireland's historic win at the weekend and the upcoming game against Munster,” he added.

A highlight for many at Friday’s 7.30pm clash will be the haka, which itself was created and performed by different Maori tribes as a war dance.

The Maori All Blacks will perform the Timatanga haka at Thomond, which was was written especially for the team by the late team kaumatua (elder) Whetu Tipiwai.

The game is live on Eir Sport.