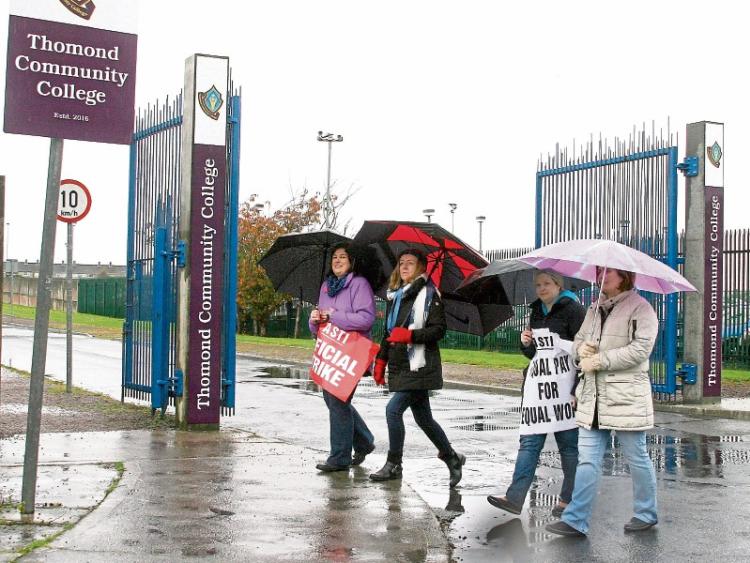 ALL of Limerick’s 25 secondary schools are expected to open as normal this Wednesday after the Association of Secondary Teachers Ireland (ASTI) suspended its industrial action.

The union announced this Tuesday evening that following the intervention of a third party, there will be no further action for the moment.

On Monday, teachers withdrew from supervising students during break-times in a row over a move by the Department of Education not to pay monies due in recognition of supervision and substitution work.

And in a separate dispute, a majority of schools in Limerick were closed on Tuesday as teachers set up picket lines outside in a row over pay for teachers starting out in the profession.

Having said it would be open the involvement of a third party mediator, the ASTI’s standing committee met this evening.

This was triggered by an approach by an arbitration body, the Teachers Conciliation Council, which is chaired by Anna Perry, an official of the Labour Relations Commission, to open talks on the stand-off.

Both the ASTI and the Department of Education say there are still significant gaps between both sides despite a week of almost daily talks.

In a statement released a short time ago, the union said: “The ASTI has agreed to defer its directive on supervision and substitution and its strike action to facilitate this process for the duration of the talks. It is expected that this process will continue until the end of November.

“ASTI members will be available for teaching and supervision and substitution duties tomorrow and for the duration of the talks. We expect that all second-level schools will be open tomorrow.”

School will be open tomorrow!

Following the suspension of industrial action by the ASTI, the school will reopen tomorrow Wednesday 9th November