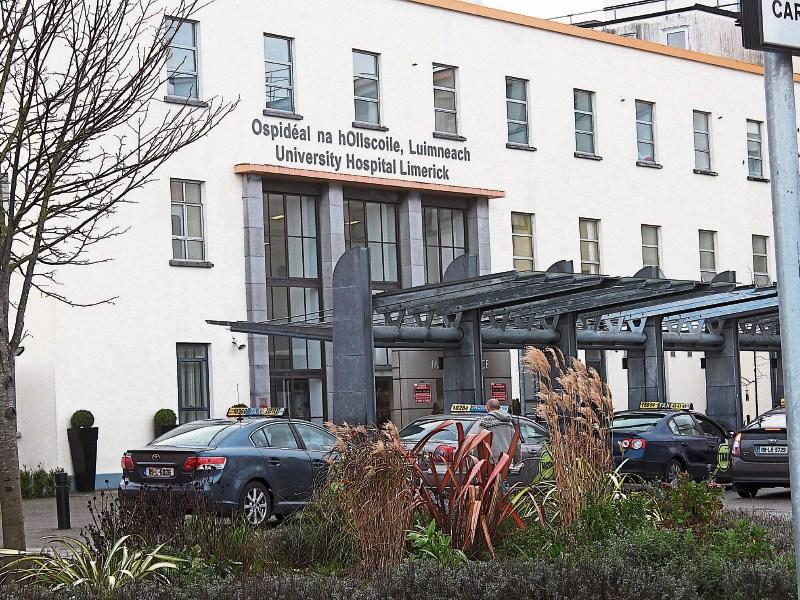 Mary Fogarty described the overcrowding as a ‘scandal’

THE Irish Nurses and Midwives Organisation (INMO) has condemned in the strongest terms the "gross overcrowding" at University Hospital Limerick as a 'scandal'.

UHL experienced one of the highest rates of overcrowding ever recorded in a single hospital on Tuesday, with 66 patients treated on trolleys in the A&E, and on additional trolleys, beds or chairs, according to the INMO.

In a further statement issued this Tuesday, the INMO said it "condemns the gross overcrowding and the compromised ability of nurses to provide acceptable and safe care to all patients within the hospital".

"There is no doubt that the level of overcrowding today with 66 patients on trolleys and on extra beds on wards is unprecedented and is a serious crisis," it said.

"Many initiatives have been put in place in other hospitals throughout the country where they have experienced gross overcrowding with some improvements," Ms Fogarty said in the statement.

The spectre of industrial action is hovering as a result of the overcrowding.

“We have completed a ballot," said Ms Fogarty. "We have notified the HSE that the outcome of the ballot [this summer] was in excess of 97% in favour of industrial action.

"They are well aware of the feelings of nurses. Industrial action is the tool of last resort, but something has to be done to make the management at that hospital manage the bed capacity. They can’t keep, literally, stuffing patients into the hospital when there isn’t room for them.”

A spokesperson for the UL Hospitals Group said that it “regrets that any patient had to face long waits in our emergency department during busy periods”.

The spokesperson said that the 400 inpatient beds are not sufficient for the needs of the Mid-West region, and that a bid to build a 96-bed block at UHL has been submitted to the Department of Health and is awaiting approval for funding.

In order to relieve pressure at the A&E, the UL Hospitals Group is transferring suitable patients from UHL to Ennis, Nenagh, St John’s, and to Croom Orthopaedic; transferring patients to community care settings; working closely with community intervention teams; communicating with GPs; increasing ward rounds; and putting extra beds in the wards.

15 beds are currently closed at St John’s Hospital, while recruitment to fill vacant nursing posts is underway. Additional nursing and medical staff have been recruited to A&E to support this increased activity.

Following this overcrowding at UHL, operational hours at the medical assessment unit have been extended by three hours per day, exclusively for patients in the A&E.

The local injury unit in St John’s Hospital, Ennis and Nenagh are a “safe alternative” to the emergency department for minor injuries and conditions, including sprains, suspected broken bones and lacerations.

Fianna Fáil Deputy Willie O’Dea said that this winter could be the “worst” for the emergency department at UHL.

“A major issue with overcrowding in UHL is the size of our Emergency Department. It’s just too small for the size of the population it serves. Every person in Limerick City and County, North Tipperary and most people in Clare are directed to UHL’s ED if they are in a medical emergency.”

Sinn Féin TD Maurice Quinlivan said: "I didn't think the situation at UHL could get any worse. The fact that I been proven wrong is a damning indictment of a detached government.”