Maori All Blacks take in the sights of 'awesome' Limerick

Team cruises around the city and visits King John's Castle 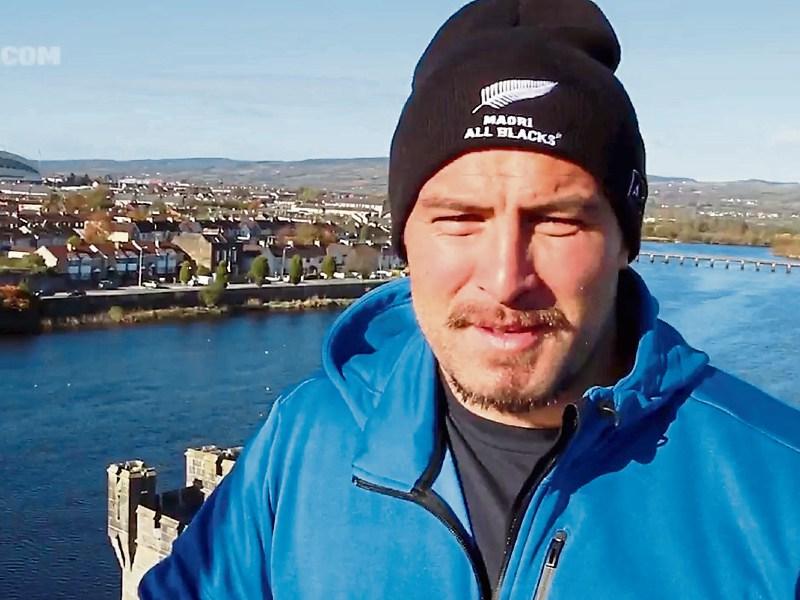 THE Maori All Blacks have arrived in Limerick ahead of their clash with Munster on Friday night, and have been taking the time to check out the city’s sights.

The team flew in on Sunday after travelling from Chicago and spent the day cruising around the city and visiting King John’s Castle, which Maori winger James Lowe said was “awesome”.

“It has been awesome, just to hear about the history – it makes you realise how young New Zealand is,” he said.

His team mate Akira Ioane took some time to try out the medieval armour in the Castle and said he was “looking forward to the battle on Friday” against Munster.

Hooker Joe Royal said the team was “making use of our day off today, they hired some bikes – so we are going to get on our bikes and cruise around the city for a while, go visit a few sights, a few castles, maybe the stadium in the background, so follow us and we will see what we can see in Limerick”.

Lowe said the visit to Limerick was “an awesome trip”.

“Sun’s out today, still pretty fresh, the boys are on their day off, enjoying the sights of Limerick, can’t wait till Friday,” he adds in a video shared online by the All Blacks.

WATCH | After a full day of travel, the #MaoriABs have arrived in Limerick, Ireland and spent the day exploring the city.#MUNvMAB pic.twitter.com/QQkoQ3KU99