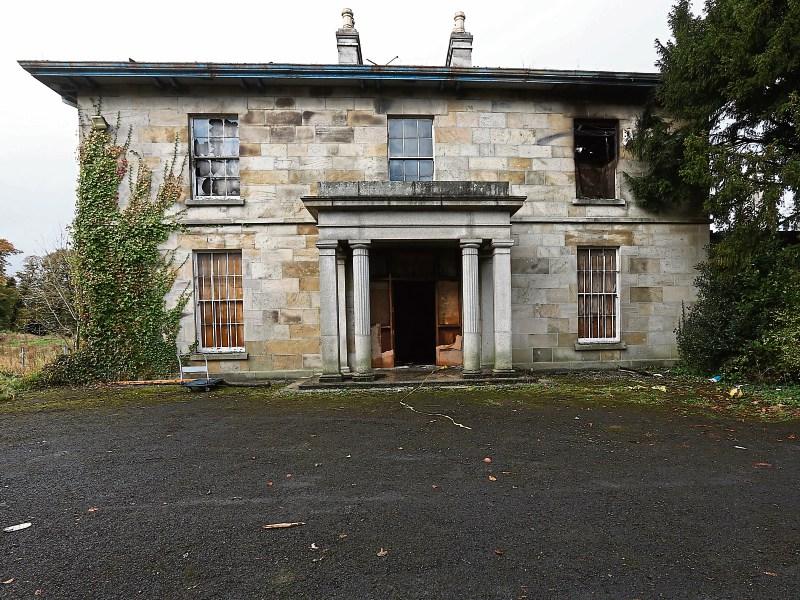 Kilmoyle was badly damaged in a fire Picture: Press 22

RESIDENTS suspect the burning down of a landmark property in Limerick city was caused by youths who regularly held 'anti social parties' in the vacant premises.

Kilmoyle Lodge on the North Circular Road was badly damaged by a fire last Thursday.

And metropolitan district mayor Michael Hourigan said: “We are aware locally that there are some young people going in there a lot for recreational purposes.

"Many parishioners who would walk to church around there told me this too. We suspect it was youngsters going in and out of there. But we have no evidence of that.”

Residents are saddened, he added, saying: “Kilmoyle was an iconic building. The place benefited the whole community.”

Gardai are continuing to investigate the exact cause of the fire.

The former Bishop’s Palace at the North Circular Road was badly damaged in the incident, which occurred on Thursday night last.

Four units of Limerick Fire and Rescue service attended the scene of the fire, the former residence of Bishop Donal Murray at the North Circular Road.

They remained on the scene for over four hours battling the blaze at the eight-bedroom, three-storey property.

As recently as 2014, the landmark property was bought by businessman Gerry McManus, a brother of philanthropist JP McManus for a cut price fee in the region of €1.1m.

He visited the scene of the fire on Friday morning, a landmark building which has not been occupied for years,

The property was for a time one of the most expensive in the country, with Aidan Brooks snapping it up for €26m. He sold it to Mr McManus in 2007.

It is understood the interior of the house has been extensively damaged, with the gardai sealing the premises off pending a technical examination.

No-one was injured, however.

Built around 1845, Kilmoyle House has 7,159 square feet of living space, and is listed as a building of important architectural heritage.

The property also comes with a 650 sq ft mews attached to its north side which was built around 1960.

It is believed Mr McManus was planning to carry out remedial works at the historic house.

In a post on Facebook, Limerick band Foxjaw said they were "seriously gutted” to hear of the razing of the old Bishop’s Palace.

”[It] is where we finished recording out first album, the Devil in Music and recorded our entire second album, Ghost’s Parade. Even the music video to our song, That Old Chestnut was recorded in the house,” the rock group said.

Mayorstone Gardai are investigating and can be contacted at 061-456980.