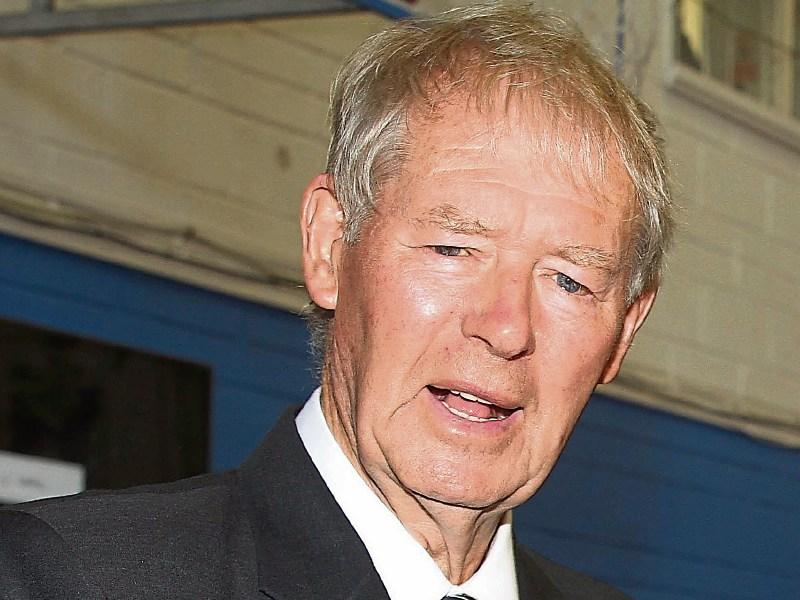 LEGENDARY GAA commentator Micheál Ó’ Muircheartaigh is to be awarded the 2016 Fitzgerald Bible Bruff Award in recognition of his outstanding contribution as a broadcaster along with his work for various charities throughout the country.

The award, which is organised by Bruff Heritage Group, will be presented on November 22 next in the Thomas Fitzgerald centre in Bruff following the anniversary Mass for President John Fitzgerald Kennedy in SS Peter and Paul’s Church, Bruff.

The Fitzgerald Family Bible Bruff Award is given to a person who makes a significant contribution to the country of Ireland through a particular act or particular service. The award was established in 2015 and promotes the link between Bruff and the Fitzgerald family Bible.

When Thomas Fitzgerald (JFK’s great-grandfather ) left Bruff in 1852, the only item he took with him was the family bible. Through generations the bible was used by the family to record deaths, marriages and births. It played an important role in the Fitzgerald family. When John Fitzgerald Kennedy was being sworn in as the 35th president of the United States of America, he insisted on using the Fitzgerald Family Bible to swear the oath of office.

The bible is now on exhibition in the John Fitzgerald Kennedy Presidential Library in Boston. The first recipient of the award was Philomena Lee in 2015. She received the award for her work through the Philomena Lee Foundation.

The Thomas Fitzgerald Centre was formerly the courthouse in Bruff. Following the amalgamation of Bruff District Court with Kilmallock the building became vacant. Bruff Heritage Group took over the building and set about renovating it. In 2013, the building was officially renamed the Thomas Fitzgerald Centre by Caroline Kennedy. Today the centre displays the ancestral links between the town of Bruff and the Fitzgerald Kennedy family. The centre is also used as a venue for adult learning and for community events.

The presentation of the award will be held in conjunction with the 2016 John Fitzgerald Kennedy Address which is held every year on the anniversary of his death. The address will be delivered by the grandson of Sean Lemass, Sean Haughey TD.