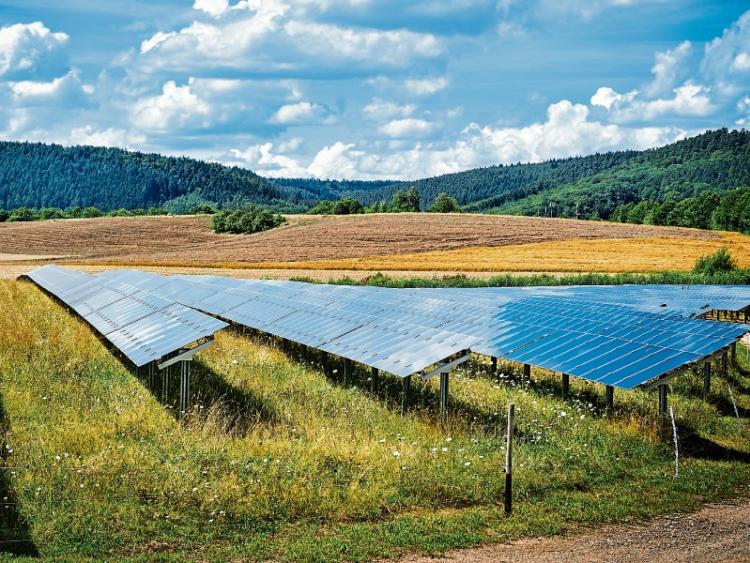 ANNACOTTY must be Limerick’s version of the Costa del Sol as a second Irish company has lodged a planning application for a solar farm in the area.

In September, the Leader revealed the plans of RenGen Technologies for 30 acres at Grange Upper, Annacotty – close to the R506 and 500m south of the business park.

And in recent weeks, Dublin-based Terra Solar Limited have applied for a ten year permission for the development of a solar PV farm consisting of up to 35,582 sqms (almost nine acres) of solar panels on ground mounted steel frames at nearby Woodstown, Lisnagry.

The proposed solar farm will be connected to the national grid.

Terra Solar says it is at “the forefront of solar energy development in Ireland, helping the country lead the way in developing renewable energy sources and increasing our energy independence”.

“Our business is to exclusively develop, finance, construct and operate solar farms on the island of Ireland. We partner with commercial enterprises and private landowners to identify suitable sites for solar development and subsequently bring those sites from planning and grid approval stage through to fully operational solar farms,” they say.

The company says solar power is one of the cleanest sources of energy.

“It does not emit any pollution when it is produced or consumed. In comparison to other sources of energy such as coal and natural gas, solar energy projects exert minimal impact on their environment and support biodiversity.”

However, a number of locals aren’t convinced. Following RenGen Technologies application around 50 attended a meeting in Ahane GAA clubhouse and issued a statement to the Limerick Leader that included “possible impacts for the neighbouring areas of Annacotty, Ballysimon and Castletroy arising from glint and glare reflections associated with solar farm developments”.

A spokesperson said they have had another meeting and have over 40 signatures on a submission to the planning authority of Limerick City and County Council. Up to 10 individual submissions were also sent in.

“There are very strong objections to both projects and meetings are ongoing. The second project will also have major issues for people living on the Annacotty and Castletroy side of the Mulcair river. We are very disappointed that no proper consultation took place before such major projects were submitted for planning,” said the spokesperson.