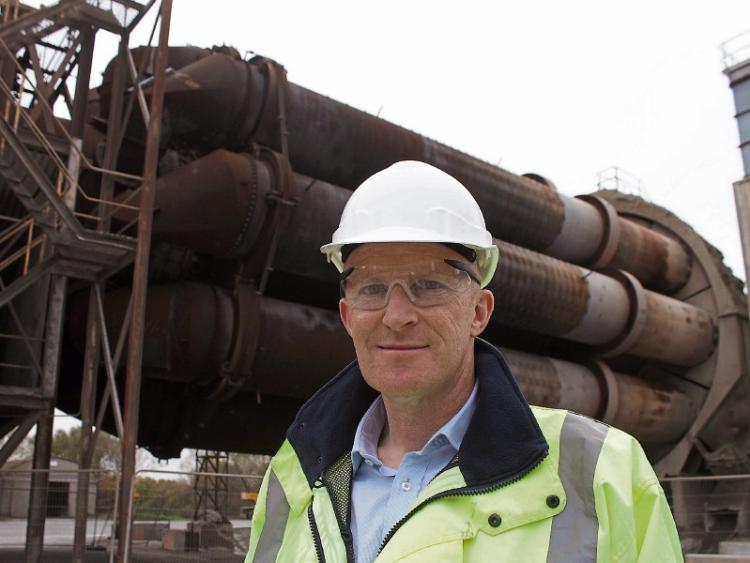 IRISH Cement says unless it gets the go-ahead on controversial plans to switch to alternative fuels, it “does not have a long term future” in Mungret.

The stark warning from the firm’s head of communications Brian Gilmore comes as Irish Cement reactivates its plans with Limerick council by providing more information on the €10m project, which will see it end the use of fossil fuels.

The company – which opened in Limerick in 1938 and employs 80 local staff – is instead seeking to use recovered waste and tyres to melt the components used to make cement.

But the plans have proven to be unpopular, with 1,000 people objecting to the Environmental Protection Agency (EPA) which is deliberating on awarding a licence, over fears on the chemicals which may be emitted.

In an interview with the Limerick Leader, he said: “It’s important to stress for the long-term viability of the plant, and the 80 jobs here on site, this move is critically important.

"Without this move to improve the sustainability of the plant, the jobs would be significantly at risk into the future. The cement industry is a very competitive one, and Limerick is at a disadvantage now.”

At present, Limerick is the last cement plant in Ireland to still rely on fossil fuel to burn materials, something Mr Gilmore says “we have to break our dependence on.”

If Irish Cement does get the go-ahead to change the process locally, some 40 temporary building jobs will be created to ensure facilities are in place.

And Mr Gilmore said: “Irish Cement in Platin would be getting busier all the time, whereas the plant in Limerick would be at risk if the demand was not there because of its dependence on fossil fuels.”

Meanwhile, he refused to rule out a link-up with Mr Binman in the future.

The waste provider is seeking permission to build a transfer facility on lands near Mungret Cement.

“The material we are looking at is residual waste which arises from a recycling business. Perhaps at some stage in the future, Mr Binman may be a supplier, but at the moment, there is no link between the two developments,” Mr Gilmore said.

It is not the first time Irish Cement has sought to change its process.

In 2008, the firm sought to substitute a proportion of the petroleum coke fuel used with solid recovered fuel, secondary liquid fuel and biosolids.

But the recession meant these plans did not see the light of day.