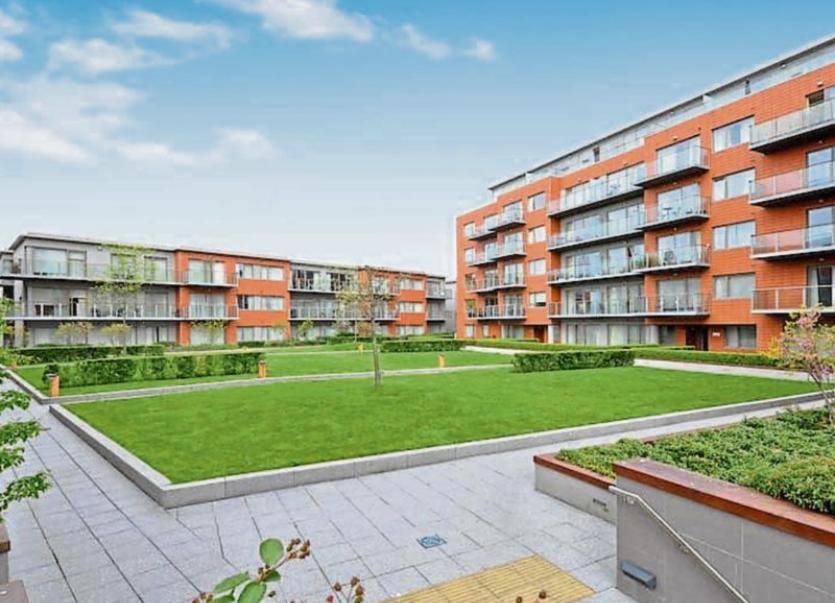 EIGHT apartments in The Strand complex in Limerick city have sold at auction for well above their reserve prices, with one fetching €330,000.

All eight were sold at auction in the Strand Hotel on Thursday last, with prices starting from a minimum of €190,000 for a two-bed apartment, up to €280,000.

Over 80 people attended the auction of the ‘relaunch sale’ of phase one of the apartments, with sale prices exceeding reserves by an average of 19% on the day.

A number of apartments in phase two will be sold in the coming week, again through REA O’Connor Murphy auctioneers in the city.

Meanwhile, Allsop’s online auction this Thursday was due to feature a number of Limerick properties.

They include a two-bed apartment in The Steeples, Upper Mulgrave Street, starting from €45,000; a commercial unit, Istanbul Kebab, Unit 1, Denmark Street, from €85,000; a four-bed residence in Apartment 203, Block 1, City Campus, Lord Edward Street, from €80,000; a one-bed apartment in Mahon House, Newtownmahan, Upper William Street from €25,000.

A semi detached three bedroom house – Benmore, Ballinacurra – has a starting price of €195,000. To date this year, 1,308 houses have sold in Limerick, according to the most recent available listings with the Property Price Register.

The national database of house sales shows that the total number of sales in Limerick for 2015 came to 2,012.