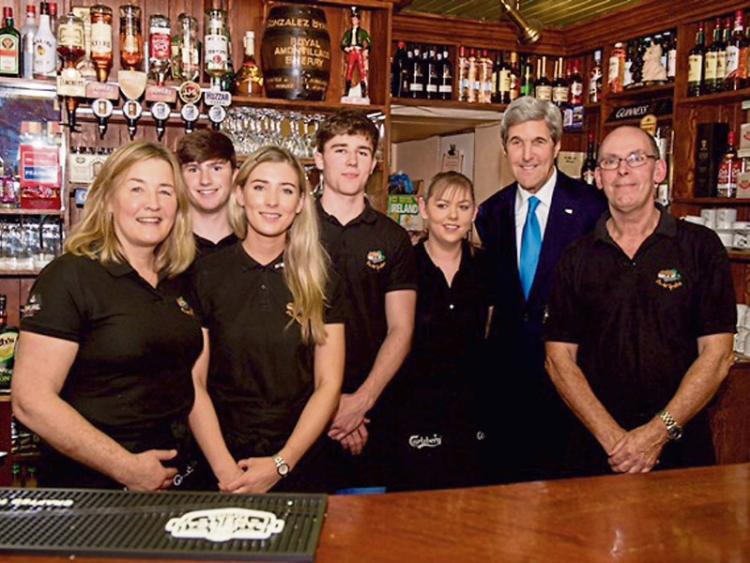 US Secretary of State John Kerry delighted locals in Boher by dropping into Pa McGrath's pub for lunch on his visit to the region recently.

The politician had lunch, pulled a pint behind the bar and posed for photos on his way visit, which was to receive a peace prize in Tipperary last Sunday.

Mr Kerry was accompanied on the surprise visit by US Ambassador to Ireland Kevin O'Malley and Senator Gary Hart.

"He made an unscheduled stop and we were very pleased to be able to look after them and their entourage - he even pulled a pint the bar," said a delighted Brid Lynch.

The Secretary of State flew into Shannon, where he was greeted by Shannon Group chairman Rose Hynes on the tarmac.

She said: "It was a great honour for us to welcome Secretary of State John Kerry to Shannon and Ireland last Sunday on his way to collect the Tipperary International Peace Award."

Kerry later travelled to The Aherlow House Hotel, Glen of Aherlow for the Tipperary International Peace Awards ceremony, where he received the award.

He also met with with Minister for Foreign Affairs and Trade Charlie Flanagan and held a joint press conference.