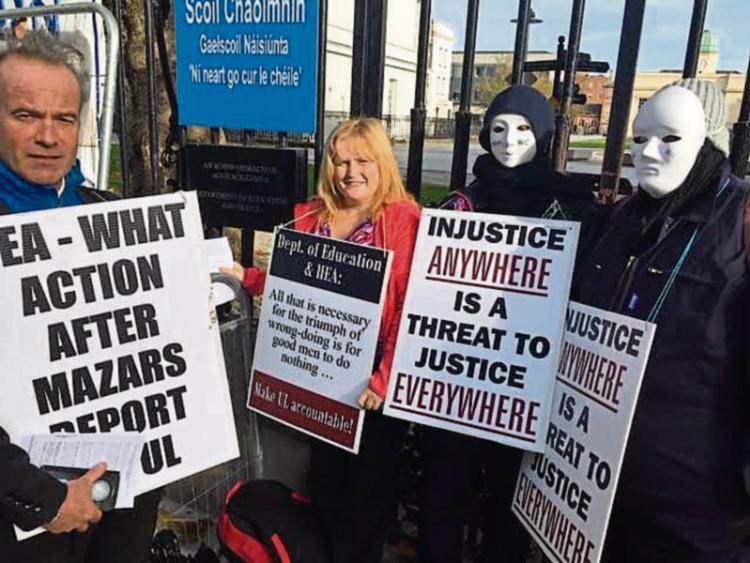 Former UL staff attended protest outside the Dail to highlight the case of two women, suspended with pay, from the finance department for over 17 months

FORMER staff of the University of Limerick attended a protest outside the Dail this Wednesday to highlight the case of two women, suspended with pay, from the finance department for over 17 months.

They were supported outside the Dail by deputies Willie O'Dea and Niall Collins, who previously raised their case in the Dail.

Attempting to resolve the situation has cost the Higher Education Authority nearly €80,000 to date, and the matter has been passed to the Department of Education.