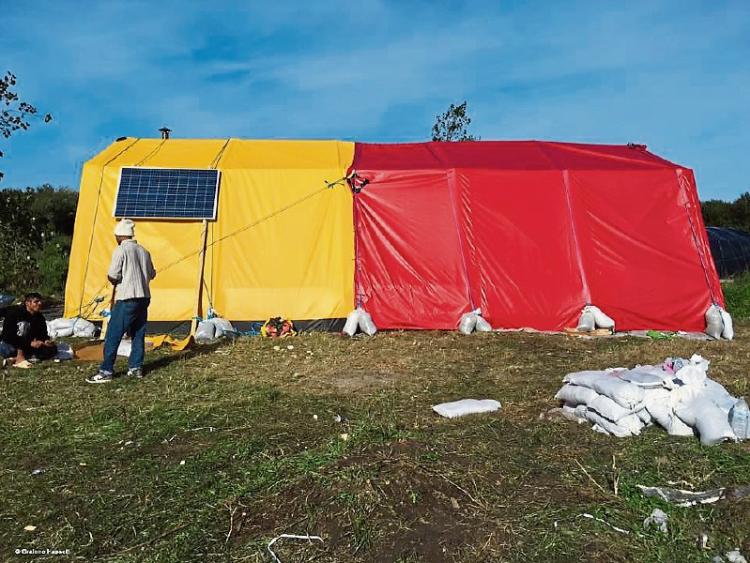 One of the structures in the ‘Jungle’ in Calais, which has now been demolished. Below, architect Grainne Hassett

AN ARCHITECTURE lecturer in the University of Limerick has described the situation in Calais – where the ‘Jungle’ has been demolished – as “utterly inhumane” and said it’s “remarkable that no one died” during its destruction.

Speaking to the Limerick Leader from Calais, Grainne Hassett, said that the humanitarian issues that persist near the French port town are “huge”, but said that the number of human rights organisations on the ground appeared to be scant.

The award-winning architect has been particularly concerned about the huge number of children left to fend for themselves on the site, who were left to sleep in a field after the Jungle was demolished by French authorities.

“There has been an immense number of sexual abuse claims filed to police, but zero action, by the police, by the authorities, anyone, and that has been absolutely heart-breaking.

“There is no protection of anybody here, and children have an absolute right to protection under the Universal Declaration of Human Rights.

“It has been a spectacular failure of child protection. For the past couple of nights the minors slept out on the side of the road on their own, and have now been moved to containers.

“The situation has been extremely badly handled. In terms of the protection of human rights, it’s just abysmal,” she said. 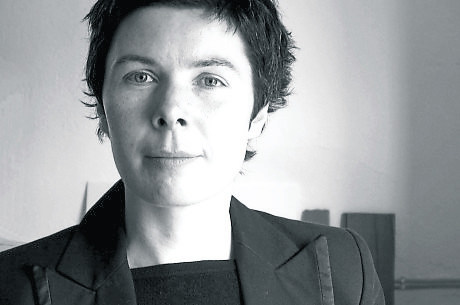 That doctrine was adopted in Paris more than 60 years ago, and now ironically, many of the refugees who have fled war-torn countries have moved camp to the French capital, setting up ‘mini-Jungles’ on Parisian streets. They too are being removed by French police.

“Many [refugees] have asked us ‘Where do I go?’ And we simply don’t have the answer.”

.#calaischildren eyes haunting, as I leave. Asking simple reasonable things. Was asked if I could make it safe. French & UK Gov can.

Ms Hassett, a senior lecturer at UL, designed some of the key buildings in the camp, including a women and children’s centre, a therapy and community space, a vaccination unit and a youth centre.

She was moved to help those affected in August 2015, as images of refugees making their way across the Mediterranean flooded TV screens, establishing the Calais Builds project.

She did the work in her own time, and not as an official university project. The structures were designed by two of her former students and made at Fab Lab Limerick.

It has now been proposed that Ireland should take in 200 unaccompanied minors who are stranded in Calais, and the matter is due to be discussed at Cabinet on Wednesday. The make-shift camp in Calais has been home to up to 8,000 migrants, fleeing war and poverty in countries including Syria, Kuwait, Afghanistan, Eritrea, Ethiopia, Sudan and Iraq, hoping to make the final leg of their journey across the English Channel.

About 6,000 adult migrants have now been dispersed around France, however, an estimated 1,400 children and teenagers remain in Calais and they are currently being accommodated in over 100 shipping containers.

“The children have been left marooned in container ships without food or water. They are being supervised by people not really trained in child protection, but who are doing their best. It really is quite hard to believe what’s happening. The NGOs were never there in a very visible way,” she said.

Before the destruction of the sprawling camp, she said in spite of the poor standard of conditions it was a “surprisingly wonderful and welcoming place, a place which was a triumph of human inventiveness.”

In a talk in UL this Wednesday, November 2, Ms Hassett will discuss the building and breaking of many systems of social and collective organisation in the camp.

“This is a story of architecture and building without budgets, without political will, without a future, and without hope, devoid entirely of the utopian hubris surrounding architecture, but for people.”

It will be held in the Jean Monet lecture theatre, room DG016, main university building, from 5-6pm.