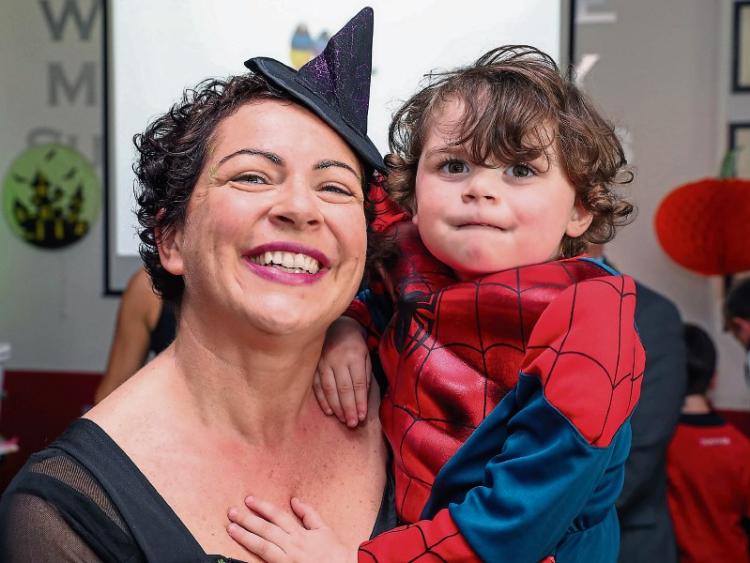 Little Neil Shanahan, who survived a six storey-fall from the Strand Hotel with his proud mother Martina

ALMOST three months after surviving a fall from the top of the Strand Hotel, little Neil Shanahan is all smiles with his proud mother Martina.

The pair are pictured at a fundraiser organised by the Farranshone Residents Association in aid of Temple Street Childrens Hospital, where medics there helped the youngster make a miraculous recovery after he fell from the roof of the hotel in August.

“He tires easily, and falls regularly, but we are going to have him videoed and monitored to see if it is consistent with a two-and-a-half year old, or is it anything related [to the fall]. His blood pressure is also being monitored very closely by the primary healthcare team at Ballynanty. But we’re positive he will be grand,” she said.

The Trick or Treat for Temple Street event in the Munster Rugby Supporters Club at Thomond Park raised €4,000 for the hospital, following contributions from the public and a corporate donation.

Martina explained the Farranshone Residents Association approached her and husband Michael with an offer to fundraise for the family.

But, she said: “We felt we have everything we need, and wanted to express our gratitude for the care we received in Temple Street.”

The following day, a mother-and-toddler bake sale raised a further €200.

Martina said: “We are really looking forward to that as a family.”

She thanked everyone who attended the Trick or Treat event – from as far afield as Galway and Cork – plus local businesses who donated spot prizes to the raffle.

"The Shanahan family continue to be overwhelmed at the kindness shown by friends and neighbours and the organisation of this great event for the children of Limerick," Martina concluded.