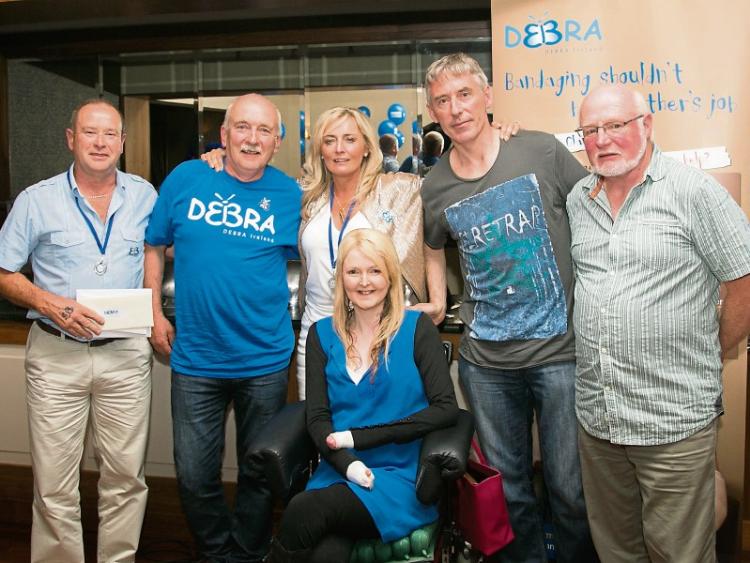 A WEST Limerick man who has helped raise over €110,000 for the charity that supports people with butterfly skin disease says he is inspired to do even more by the incredible courage shown by those living with the painful condition.

Eamon O’Kane from Shanagolden has thanked people for the support and donations given each year for his 75km charity walking challenge, which takes place over three days in June.

Over the years, more of Eamon’s friends joined him on the Kerry Challenge until eventually the four – Eamon, Pat Toomey, Mike Histon and Joe Carrig became known as ‘Three Men and a Dog’.

“This year James O’Keefe stood in for Joe Carrig and we raised nearly €14,000 for Debra,” said Eamon.

Debra Ireland supports and works on behalf of people living with EB (Epidermolysis Bullosa) – a rare condition that causes the skin both externally and internally to blister and wound at the slightest touch.

October 24-29 was National EB Awareness Week and Debra Ireland has partnered with Applegreen to raise vital funds to provide family support for people with the condition and research to find a treatment for one of EB’s most harrowing side effects – extreme itch.

People can still support Debra by texting BUTTERFLY to 50300 to make a €4 donation.