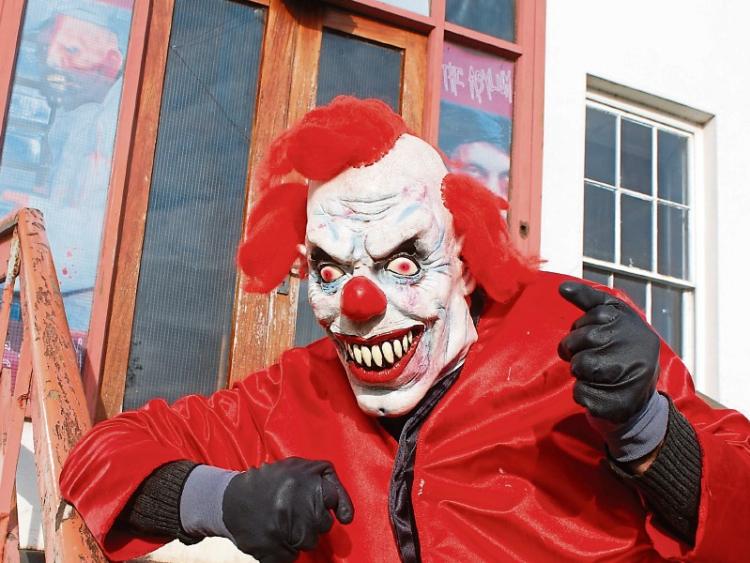 Waiting for Conor McGregor: Bruff's Creepy Clown. A video on YouTube has received over 70,000 views

A CREEPY clown from Bruff has gone viral after promising to “scare the life” out of UFC featherweight champion Conor McGregor.

The clown invited the 28-year old to The Asylum Halloween Scarefest in Bruff after he threatened to “slap the head” off of any clown who dared to approach him, as part of the terrifying ‘creepy clown’ craze.

“If he comes into The Asylum, he will be shaking in his boots. Creepy the clown is not afraid, because we have a strict policy within The Asylum that you can’t touch the actors,” said Declan Hehir, who runs The Asylum – one of the top scare attractions in Ireland.

“He was shocked by Conor McGregor’s comments. He is a big fan of Conor’s and has stayed up late many nights to watch him fighting. That’s why he wants to invite him out. He wants to scare the life out of him.”

A video of the clown posted on YouTube last week has received over 70,000 views to date and has been featured in both Irish and US media.

“We are amazed by the huge reaction, especially from America. We didn’t think the video would reach so many people,” explained Mr Hehir.

The craze, he said, is not helping his scaring business.

“The creepy clowns are getting a lot of negativity at the moment but we have been involved with the scare attraction for the last four years and we see it as a great bit of fun and entertainment.”

He also claimed that the The Notorious will receive a “royal welcome” if he chooses to accept the invitation.

“We’re very hopeful that Conor McGregor will show up. We’ve sent an invitation and we’re waiting on a reply,” he added.

The Asylum is located in the Old Convent secondary school in Bruff. With 22 actors, both adults and teenagers, it runs until this Monday October 31, at a price of €15 per person and €12 for students.