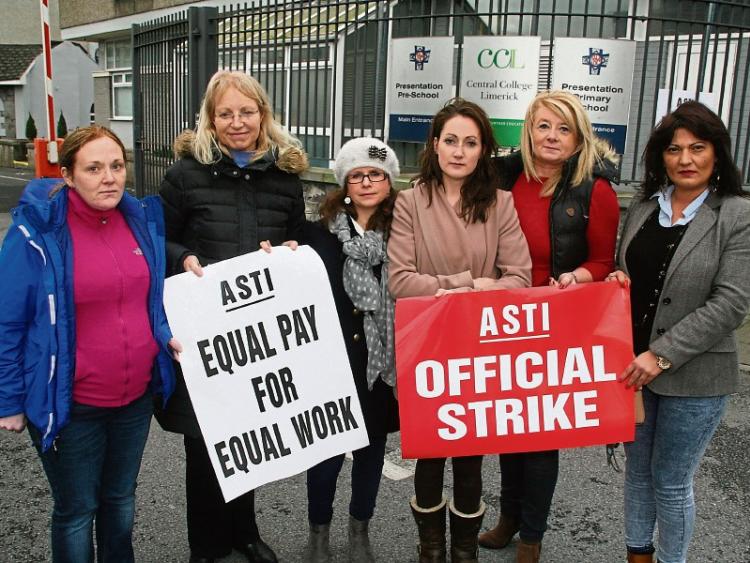 THE majority of secondary schools across Limerick are closed today due to industrial action by members of the ASTI.

The strike action, which was endorsed by around 80% of members, centres on a row over pay parity for younger qualified teachers.

Talks between union officials and the Department of Education and Skills are set to resume tomorrow in a bid to avert further industrial action next month.

At schools across Limerick this morning, teachers have been manning picket lines on a rotating basis since around 8.30am.

“I don’t want to be here at all, I would much prefer to be inside teaching and I’m a bit embarrassed to be out here,” said Catherine Cantillon who teaches Irish and Geography at Colaiste Nano Nagle.

Declan Crotty, who teaches at CBS Sexton Street, said he and his colleagues feel strongly about the issue.

“I suppose none of us want to be out here and it’s kind of a case that if you have people in the same staff room doing the same work and getting different rates of pay we feel there is something inherently worng with that,” he said.