Event is expected to raise over €50,000 for deserving charities in Mid-West 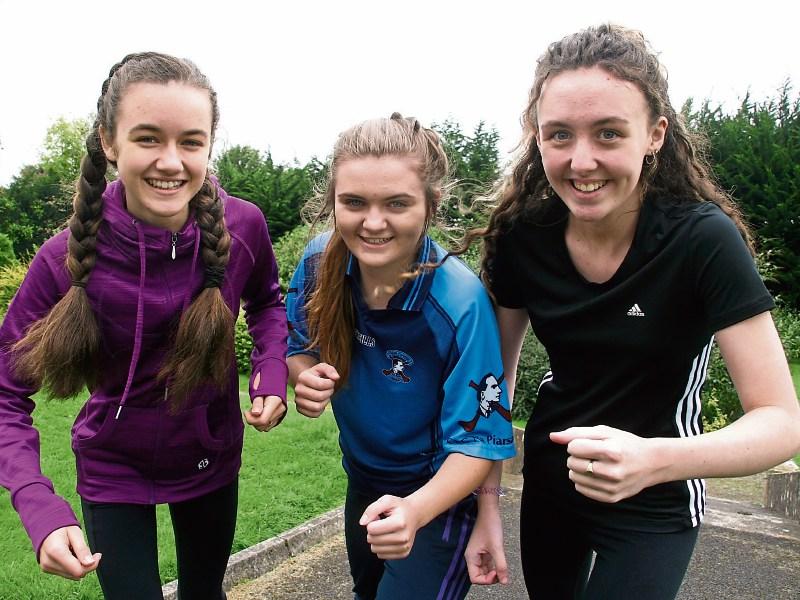 UP to 3,000 women and a few brave men in drag will take to the starting line in Castletroy this Sunday for the 18th annual Limerick women’s mini marathon.

Sponsored this year by Cook Medical, this year's race will be run in honour of Gemma Carcaterra, 42, a runner and mother of triplets, who died suddenly just a few months after their birth.

Gemma will be remembered in a special way on the day, as each participant will receive a commemorative t-shirt with three stars on the back to represent each of “Gemma’s little stars” – her triplets Ava, Riona and Coen, who turned one in August.

A special fund has been set up to support Gemma’s family, which to date has raised over €6,700.

Hundreds of people are running for numerous charities, including the Mid-West Rape Crisis Centre, Limerick Marine Search & Rescue, in memory of Becky MacAuley and to support cancer services for children, Honouring Aaron, Grow Ireland, Our Lady's Hospital in Crumlin, and the Irish Children's Arthritis Network.

Up to 100 students at Laurel Hill school are also taking part in the race to raise funds for the oncology unit at University Hospital Limerick.

Labour deputy Jan O’Sullivan, former Minister for Education & Skills, is also competing again this year, on behalf of Rape Crisis Mid-West, which is appealing for donations to support their work.

Race director John Cleary estimates that over €50,000 will be raised for a host of charities from those competing on the day, while a portion of the proceeds from entry fees go to Limerick AC.

At the time of going to print, more than 2,700 entries had been received, and it was expected to sell out on the day, with entries capped at 3,000.

Mayor of Limerick, Kieran O’Hanlon, praised all those who take part in this very popular race, saying that  “many of the people who participate in this event dedicate it to those who have lost their battle against cancer and are fighting cancer survivors”.

Also taking part will be mum Mary and daugher Rachel, 19, have lined up at the starting line in Castletroy to remember beloved Becky MacAuley, to raise funds for the paediatric oncology unit at the University Hospital Limerick.

Becky passed away aged 11 in 2012, died following a battle with two brain tumours.

A group of 20 friends will take part in the race this year, and of particular symbolism to them, on the backs of their t-shirts will be the number 55.

Before she passed away, her friends in the Limerick Celtics Basketball Club presented her with a shirt numbered 55 – in recognition of the number of stitches Becky received after undergoing surgery. It is a number the family now can’t help but see wherever they go.

The fourth-class student who attended St Nessan’s National School was first diagnosed with a brain tumour in April 2011 and had to undergo surgery and chemotherapy. A second tumour was discovered some months later and she had to undergo further surgery. She passed away on August 10, 2012.

All entrants are advised to arrive early.  Race numbers can be collected between 11am-2pm on Saturday in the UL Arena, and from 9am on Sunday. The prize-giving ceremony will be at 1.30pm.

The entry fee is €22. Participants can still register online at www.limerickminimarathon.com, and they can also sign up on the day if spaces are available.

To make a contribution to Gemma’s family see https://www.gofundme.com/Gemmastribute