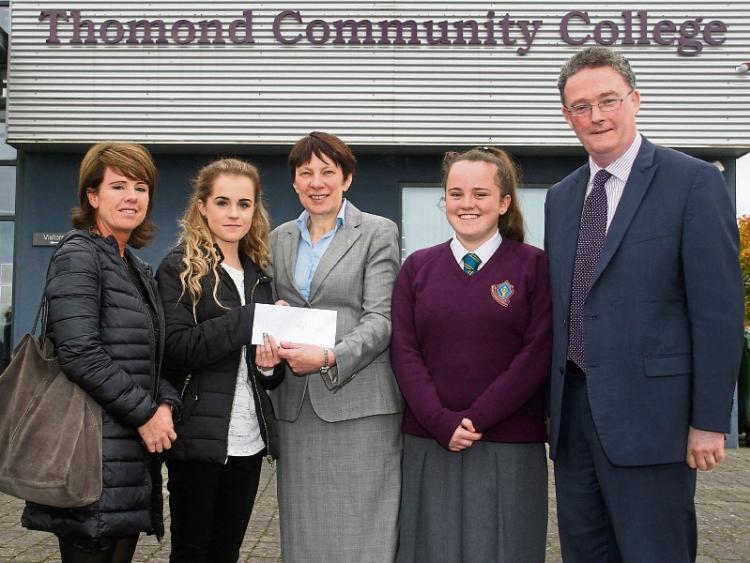 NEW LIMERICK secondary school Thomond Community College commenced an annual scholarship programme this week when two past-pupils were presented with funds to the value of €20,000.

The academic scholarship, in which one exceptional student each year will receive €10,000 to help finance third-level study, has been funded by an anonymous former teacher. 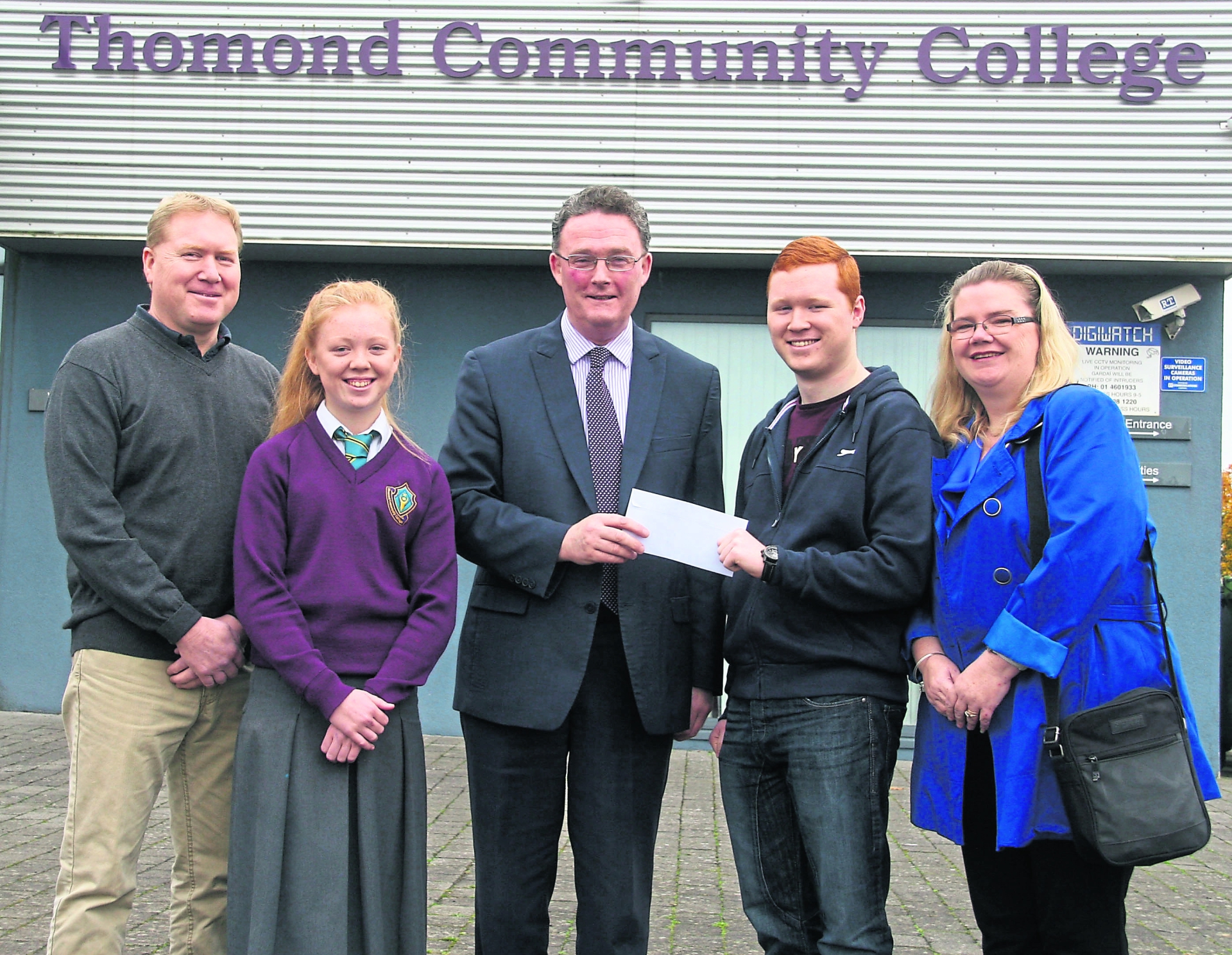 “They were two students who worked incredibly hard for the Leaving Cert and are hugely enjoying their courses, so to have that financial help that takes the pressure off and allows them to study and enjoy college, it’s just immense to them,” she said.

Enya is studying business with French in UL, and Jason is also in UL studying mechanical engineering.

The money will be broken down into installments of €2,500, with installments being given for each of the four academic years in university.

Proud family, staff, scholarship trustees and the former principal of Salesian Secondary School Sr Bridget O’Connell were present on Wednesday when Enya and Jason were welcomed back to school by Eugene O’Brien, principal of Thomond Community College.

The school, which is the amalgamation of Salesian Secondary School and St Nessan’s Community College, officially came into being this September.

According to staff, the scholarships “have at their heart our new school motto — appreciate, celebrate, educate”.

The new community college has already been praised for its extended library, opened last year by Jan O’Sullivan, and is the only one in the region with a full-time Junior Cert School Programme librarian.